The RJD leader made these remarks while addressing a rally in Gurugram. 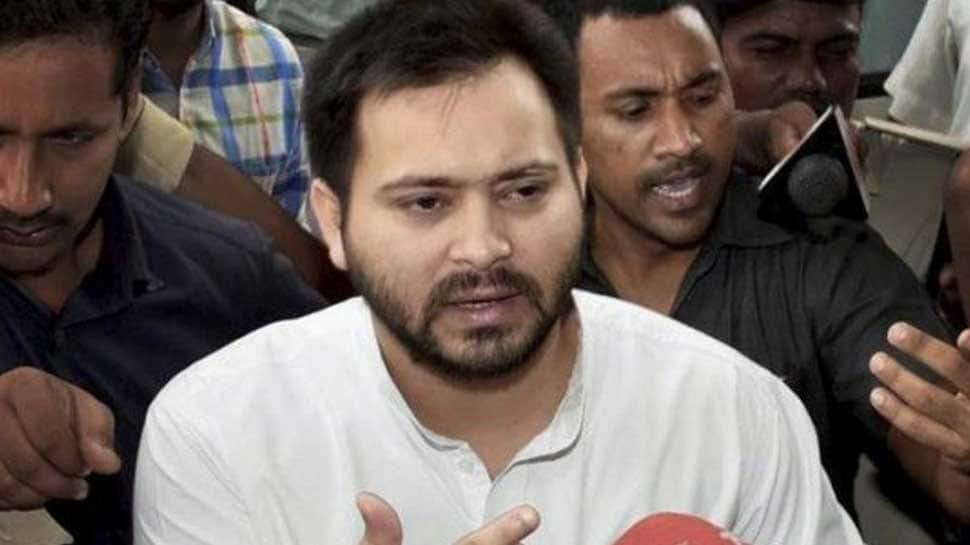 During his speech, Tejashwi, however, said that he had "no personal issues with the Prime Minister.''

The Tejashwi was apparently referring to the infamous Godhra incident in which two coaches of Sabarmati Express were allegedly set on fire on February 27, 2002, in which 59 kar sevaks returning from Ayodhya were burnt alive.

The incident was followed by communal riots in Gujarat. PM Modi was the Chief Minister of the state at that time.

During his speech, the Bihar RJD leader also slammed the saffron party for attempting to instigate violence and create disturbance in the country.

Tejashwi, who is the younger son of jailed former Bihar chief minister and RJD chief Lalu Prasad Yadav, accused the BJP of invoking the Ram temple issue to seek votes in the upcoming Lok Sabha elections.

Attacking the PM, Tejashwi said that ''Modi ji is forgetting if he is 'chowkidaar', then people of this country are ‘thanedaar’.

''People who speak the truth are being punished. When you ask questions, then people in power instead of answering your questions spread venom in the society. The PM is forgetting if he is ‘chowkidaar’, then people of this country are ‘thanedaar’.

It is to be noted the ruling BJP is under pressure from the right-wing outfits and the saint community over a delay in the constriction of a grand Ram temple in Ayodhya.

The PM, at the beginning of this year, told the news agency ANI that his government will not bring an ordinance on the issue of Ram Temple since the matter is being heard in the Supreme Court.

When asked why his party did not hesitate to bring an ordinance on the issue of Triple Talaq but hasn’t taken the ordinance route in case of Ram Mandir, PM Modi had said, “Ordinance on triple talaq was brought after the SC verdict. We have said in our BJP manifesto that a solution would be found to this (Ayodhya) issue under Constitution.”