Prime Minister Narendra Modi has said that ties with Bangladesh have strengthened and both countries are working together on several issues. 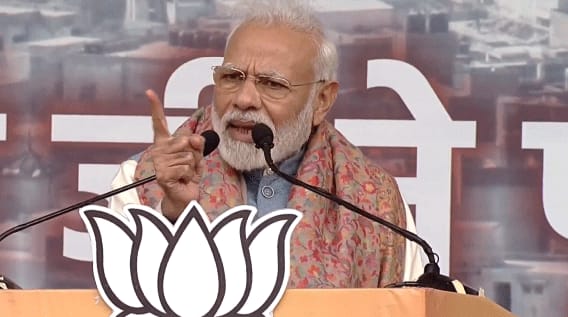 New Delhi: Prime Minister Narendra Modi has said that ties with Bangladesh have strengthened and both countries are working together on several issues.

Speaking at a rally in Delhi, PM Modi said, "Ties with Bangladesh have strengthened. We have worked with Bangladesh and solved many issues dating back to partition. Land boundary issue, connectivity, railway, new waterways, expansion of broadband, we are working with Bangladesh shoulder to shoulder. "

The comments come days after Bangladeshi Foreign Minister AK Abdul Momen and Bangladeshi home minister Asaduzzaman Khan called off their visits to India in the aftermath of the passage for Citizenship Amendment Act (CAA) in Parliament. The law gives citizenship to persecuted minorities from Afghanistan, Bangladesh and Pakistan who have arrived in Indian before December 31, 2014.

India explaining its position on the persecution of minorities in Bangladesh said it was not under the current PM Hasina govt. Ministry of external affairs spokesperson said, "no bill will impact the strong relationship between India and Bangladesh"

This comes even as Union Home Minister Amit Shah in the Parliament during the discussion on Citizenship Amendment Bill had said, "As long as Sheikh Mujibur Rahman was leading Bangladesh, everything worked very well. But once his government went, minorities began to be oppressed.  I can tell you that a large number of Bangladeshi Hindus had to come here to seek refuge."

Explaining, "The current government in Bangladesh is also taking care of religious minorities.  It is making arrangements also for religious minorities, but there has been a long period in the past in between, during which people came to India on account of religious persecution.  This Bill is only to give citizenship to those people who came at that time."

Many high-level visits have taken between the two countries with Bangladeshi Prime Minister Sheikh Hasina when she visited India two times in 2019 and PM Modi is expected to visit Bangladesh next year around March 17, 2020, for the 100th birth anniversary of Bangladesh's father of the nation, Sheikh Mujibur Rahman.