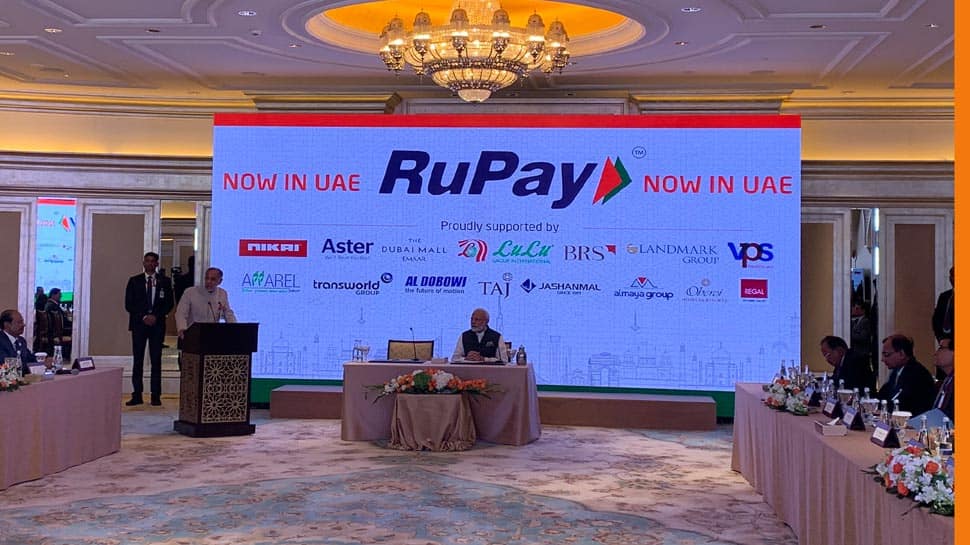 PM Modi, who is on a three-nation official tour, launched the RuPay card by making a "special purchase" which he will offer as ‘prasad’ at the Shreenathji Temple on Sunday in Bahrain, where is scheduled to go after wrapping up his visit to UAE.

Taking to Twitter, the Prime Minister’s Office (PMO) wrote, "The RuPay card comes to UAE! PM @narendramodi makes a special purchase, which he would offer as Prasad at the Shreenathji Temple in Bahrain tomorrow."

The RuPay card comes to UAE!

PM @narendramodi makes a special purchase, which he would offer as Prasad at the Shreenathji Temple in Bahrain tomorrow. pic.twitter.com/x4WTt1fm8P

Speaking at a post-launch press conference, Foreign Secretary Vijay Gokhale said that 20 of the most prominent NRI businessmen of UAE were present during the launch and they have agreed to support this initiative.

The UAE receives around three million Indian tourists annually. Usage of the RuPay card in the Gulf nation will lower the charges as tourists will save on the exchange rate.

During the press conference, Gokhale further said that the businessmen had also expressed their support for participating in the Jammu and Kashmir investment summit, being planned through "investment and human resource development".

MEA: 20 of the most prominent NRI businessmen were present during the launch & agreed to support this initiative. They also expressed their strong support for participating in the Jammu & Kashmir invest event which is being planned, through investment & human resource development https://t.co/K2YU8FwN8n

In his speech addressing a group of NRI businessmen in UAE, PM Modi had urged them to invest in the Valley, saying that the "political stability" had made India an "attractive" investment portal.

Earlier on August 13, the Jammu and Kashmir administration had announced its decision to host a three-day global investors summit to be held in Srinagar from October 12, in an aim to attract investment in the Valley.

Situation in Kashmir not normal, says Rahul Gandhi after being sent back from Srinagar airport