At least six passengers were killed and 29 others injured early on Sunday when a rail fracture caused 11 bogies of the Delhi-bound Seemanchal Express to jump the tracks in the district. 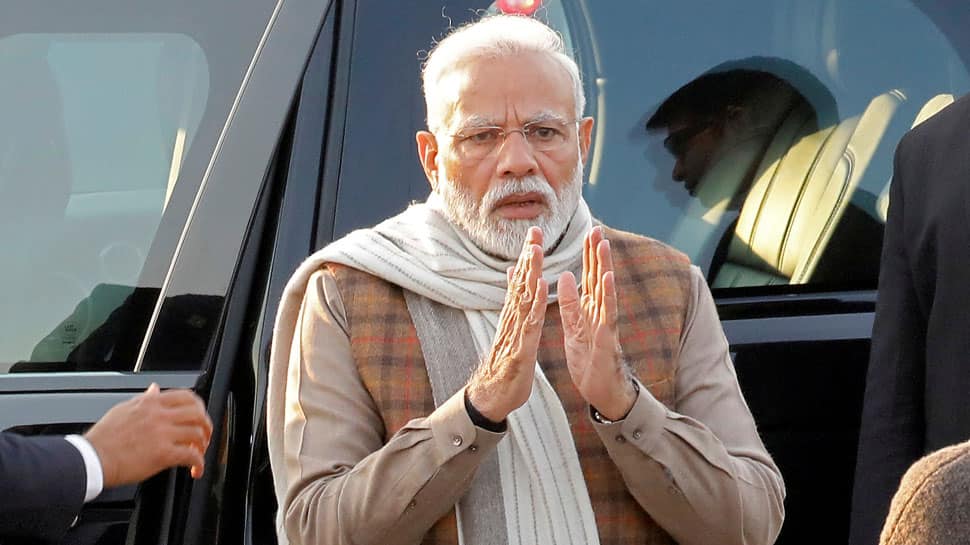 Prime Minister Narendra Modi on Sunday expressed anguish over the death of people in a train accident in Bihar's Vaishali district. He assured that the Railways, NDRF, and local authorities are providing all possible assistance in the wake of the accident.

At least six passengers were killed and 29 others injured early on Sunday when a rail fracture caused 11 bogies of the Delhi-bound Seemanchal Express to jump the tracks in the district.

Taking to Twitter, PM Modi said, "Deeply anguished by the loss of lives due to the derailment of coaches of the Seemanchal Express. My thoughts are with the bereaved families. May the injured recover quickly. Railways, NDRF, and local authorities are providing all possible assistance in the wake of the accident."

The Railways have clarified that only six people, including three women, have died in the train accident.

"It was on account of a communication gap at hospitals in Vaishali district that a mix-up occurred. One dead person at a hospital was counted among those who lost their lives in the train mishap. Later, upon verification, it was found that he was not a passenger of the train," Rajesh Kumar, the chief public relations of East Central Railway, told PTI.

The identities of all six deceased passengers have been ascertained, he said.

"Among the injured, about 30 were rushed to the Sadar hospital at Hajipur, the district headquarters. While eight others with minor injuries were discharged after treatment at a primary health centre in Sahadai Buzurg, where the mishap took place," Kumar added.

Eleven bogies of Delhi-bound Seemanchal Express jumped the tracks around 4 am at Sahadai Buzurg, close to Mahanar Road in the Sonpur division, railway and police officials said.

Prima facie, the derailment was caused by a rail fracture, they said.

According to a list issued by Railways, the deceased has been identified as Shamsuddin Alam (25), Ansar Alam (21) and Saeeda Khatun (45) - all belonging to Uttar Dinajpur district in West Bengal - and Indra Devi (65), Sudarshan Das (60) and Eelcha Devi (60), all hailing from Khagaria in Bihar.

Meanwhile, a report from Hajipur quoted ECR General Manager Lalit Chandra Trivedi as saying that "seven of the injured passengers have been referred to the PMCH hospital in Patna for better treatment".