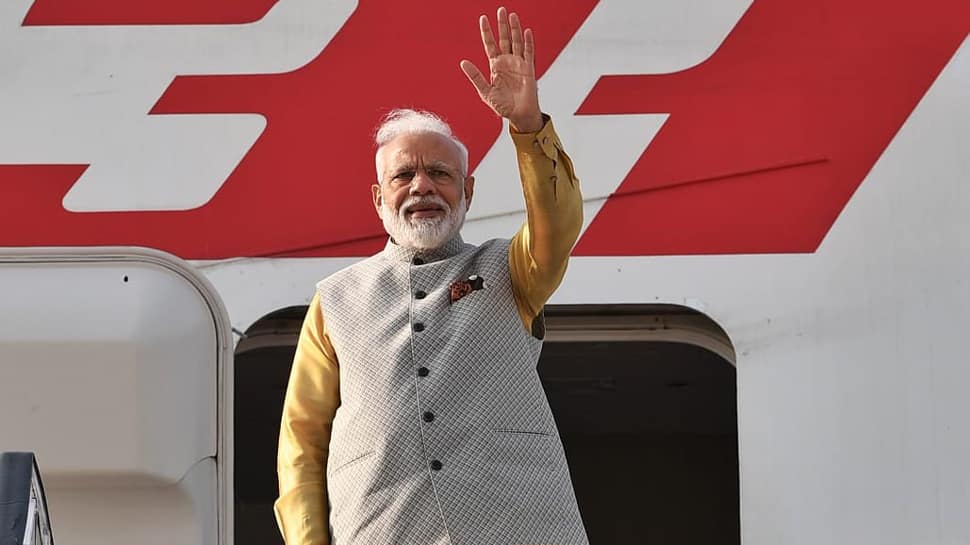 Bishkek: Prime Minister Narendra Modi on Thursday left for Kyrgyzstan for a two-day visit during which he will be participating in the 19th Shanghai Cooperation Organisation summit and hold five formal bilateral meetings.

The SCO Summit will be followed by the bilateral component of the visit to Kyrgyz Republic on 14 June. PM @narendramodi will have delegation-level talks with President Jeenbekov and jointly inaugurate the India-Kyrgyz Business Forum with Kyrgyz President. pic.twitter.com/PM6ZhL9naK

The Prime Minister will land in the central Asian country post 2.30 PM IST and will have bilateral with leaders of China, Russia and Afghanistan on Thursday which will be followed by an informal dinner with President Sooronbay Jeenbekov of Kyrgyzstan.

This is the first multilateral summit that PM will be attending after the elections. In a pre-departure statement ahead of SCO summit, PM said, "We attach special importance to SCO in promoting multilateral, political, security, economic and people-to-people interaction in the region."

PM Modi will not be using the Pakistani airspace for his Kyrgyzstan visit and will be using airspace of Oman, Iran and Central Asian countries to reach the country. Air India has confirmed that the route does not cross Pakistani airspace in any way. India had explored two options for the route to be taken by PM's Aircraft to Bishkek.

The organization represents 42% of the world’s population, 22% of its land area and 20% of its GDP and New Delhi sees it as a platform to engage with Central Asian countries.