Prime Minister Narendra Modi will hold the first-ever Virtual Leaders Summit with his Australian counterpart Scott Morrison on Thursday (June 4). The summit will see a number of announcements including on Mutual Logistics Support Arrangement (MLSA). MLSA will increase bandwidth for areas of operation for both Indian and Australian forces in the Indo pacific and comes at a time when China has been increasingly belligerent. 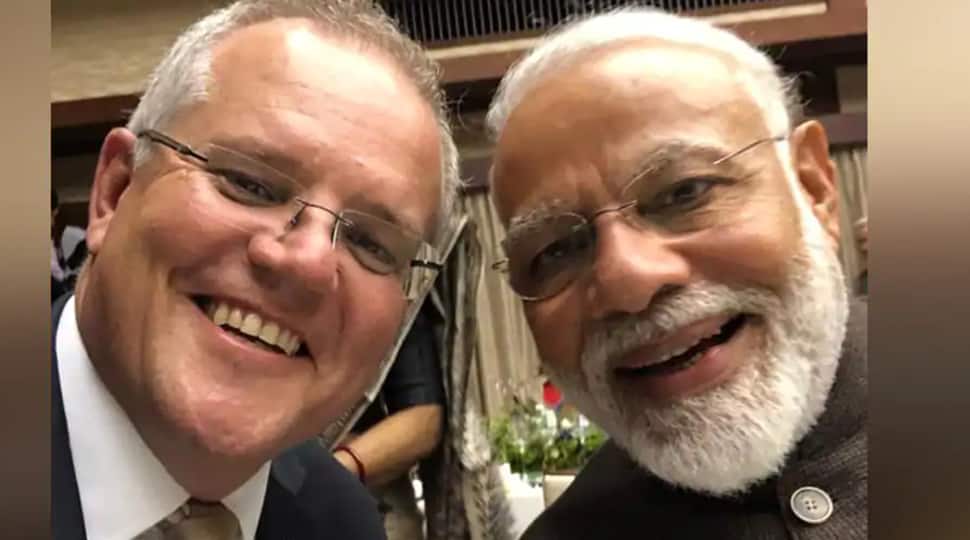 Prime Minister Narendra Modi will hold the first-ever Virtual Leaders Summit with his Australian counterpart Scott Morrison on Thursday (June 4). The summit will see a number of announcements including on Mutual Logistics Support Arrangement (MLSA). MLSA will increase bandwidth for areas of operation for both Indian and Australian forces in the Indo pacific and comes at a time when China has been increasingly belligerent.

Sources told WION,"The focus would be on the positive trajectory in bilateral relations during discussions between the two Prime Ministers, who have already met on four occasions on the sidelines of multilateral meetings."

"As two democratic nations, India and Australia have developed an understanding of each other’s perspectives on regional and global issues.  We have a shared approach to a free open, inclusive, and prosperous Indo-Pacific. This has led to the convergence of mutual interest in many areas," added the sources.

Ahead of the virtual summit the Australian high commissioner Barry O’Farrell said India and Australia have obligations to keep Indo Pacific region "open and free" and "might is not right policies" as pursued by some countries not acceptable.

Responding to a question on increased Chinese belligerence from Taiwan to India China Line of Actual Control (LAC) in Eastern Ladakh, Australian high commissioner said,"We share democracies, the great game of cricket and believe in Indo Pacific region, that the region should be free, open. As 2 great powers, we have obligations that we promoting free open Indo Pacific and not might is right polices".

During the meet, both sides will discuss issues like COVID-19 crisis, boosting science and technology cooperation, stronger collaboration on cybersecurity and critical technology, maritime issues in the Indo Pacific etc.

Both countries enjoy close cooperation in security and defence. India and Australia commenced their first bilateral naval exercise ‘AUSINDEX’ in 2015 focussed at deepening defence and maritime cooperation especially in the Indian Ocean. 2019 saw 3rd AUSINDEX exercises in the Bay of Bengal and 4th bilateral Army exercises AUSTRAHIND in September 2019 in Australia.

Australian PM was to visit India in January this year, but could not due to the devastating bush fires in the country. Both leaders have already met 4 times on the sidelines of multilateral summits in last one and a half years – sidelines of EAS in Singapore (14 November 2018), G20 in Osaka (29 June 2019), G7 Summit in Biarritz (25 August 2019) and EAS in Bangkok (04 November 2019).

Speaking to a select group of journalist, Australian high commissioner while lauding PM Modi for using "technology for diplomacy like TCS and Wipro have used for business and taking it to a new level" said, "Modi hug" will be missed at the virtual summit.

This will be the first time PM Modi will be holding a “bilateral” Virtual Summit with a foreign leader. Australia has already done one such bilateral virtual summit with Singapore in March 2020.

Australia has supported India's presence at an expanded United Nations Security Council. Canberra has backed India for its membership at export control groups like Australia Group, and Wassenaar Arrangement and favours India’s membership of NSG. It has also co-sponsored UNSC resolution to declare Azhar Masood a global terrorist.