Pulwama attack: Here's how you can donate to help families of martyrs

Here's how you can donate to various Army welfare funds to help the kith and kin of our fallen heroes. 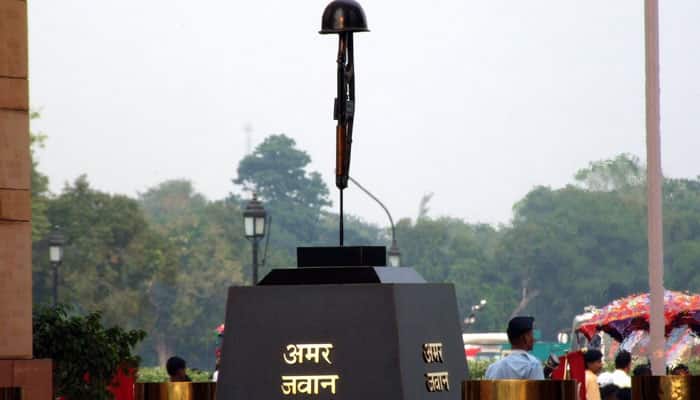 NEW DELHI: Thursday's suicide attack on the CRPF convoy, which left 40 security personnel dead and several others critically injured, has shaken the collective conscience of the entire nation.  At a time when the government has promised to give a befitting response to the perpetrators of the Pulwama attack with unconditional support from the opposition parties, several government and non-government organisations and individuals have come forward to help the kith and kin of the Pulwama attack martyrs in whatever ways they can.

It may be recalled that various Central and state government bodies, their employees and private organisations have also decided to collect funds in order to support the families of fallen heroes of Mother India.

While jobs and adequate monetary assistance has been promised to the kith and kin of the slain CRPF soldiers, people from all walks of lives have come forward to donate as much as they can to various welfare funds constituted by the central and respective state governments.

Here's how you can make a contribution to these funds dedicated to the welfare of the kith and kin of martyred Indian soldiers.

In order to help the grief-stricken families of our bravehearts, you donate funds by visiting the ''Bharat Ke Veer'' website started by the government of India.

You can also download the ''Bharat Ke Veer'' App to know more before donating money.

The 'Bharat Ke Veer' initiative was launched in April 2017 by the Ministry of Home Affairs with a purpose to enable citizens to help the families of soldiers by donating money online.

The donated money will either directly reach to the individual braveheart's account or it can also be transferred to the Bharat Ke Veer corpus fund.

Similarly, donations can also be made to the Army Welfare Fund.

The donations received in the fund is utilised to pay financial assistance/grant to widows of our Battle Casualties, their next of kin and dependents.

Those interested in donating to the Indian Army can contribute to National Defence Fund (NDF) utilized for the welfare of Armed Forces (also Para Military Forces) members, including the Army, and their dependents.

The Fund is completely dependent on the voluntary contributions from the public.

Donations can be made online through NDF's website, PM India portals (pmindia.nic.in, pmindia.gov.in), and State Bank of India's website.

Monetary contributions can also be made to the Indian Army through the "Army Central Welfare Fund".