Punjab Chief Minister Captain Amarinder Singh on Thursday announced an ex-gratia of Rs two lakh for the family of the apple trader killed in a terrorist attack in Shopian district of Jammu and Kashmir. 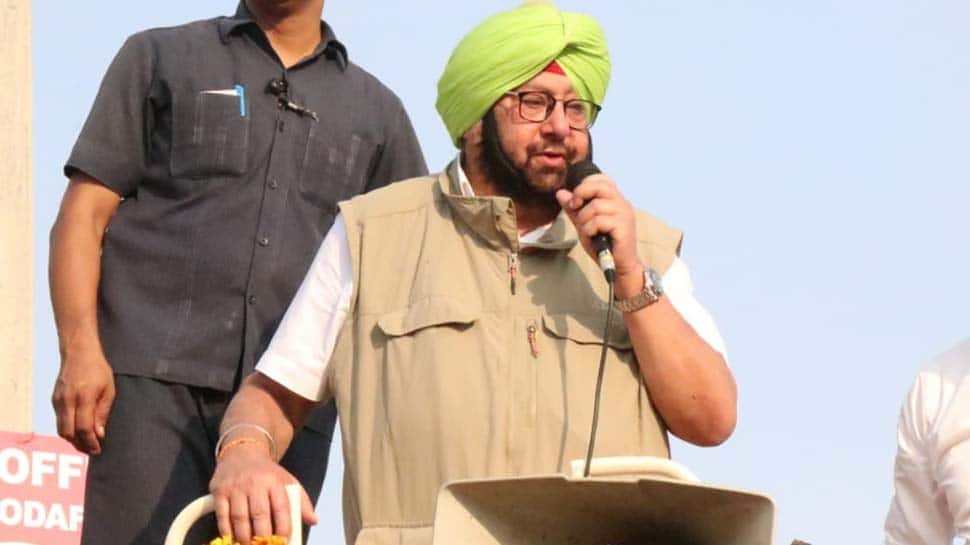 CHANDIGARH: Punjab Chief Minister Captain Amarinder Singh on Thursday announced an ex-gratia of Rs two lakh for the family of the apple trader killed in a terrorist attack in Shopian district of Jammu and Kashmir.

On Wednesday, terrorists opened fire at two civilians in Tranz area of the district killing Charanjit Singh and injuring Sanjeev. The latter is battling for his life at the hospital.

The Chief Minister has also directed the DC to attend the cremation of the deceased, Charanjit Singh, at his native village on Friday morning. Charanjit’s mortal remains were flown to Amritsar on Thursday and transported from there to his village, according to an official spokesperson.

Captain Amarinder had on Thursday asked his officers to contact the authorities in Jammu and Kashmir to facilitate the return of the trader’s mortal remains to Punjab.

The Chief Minister has also announced Rs one lakh for the injured Sanjeev, who is undergoing treatment in Sringar. He has requested the J&K authorities to ensure the best treatment for the Sanjeev, who was injured in the Shopian attack.

Expressing anger and grief at the continuing terrorist assaults on innocent people in Kashmir, as well as the killing of Indian soldiers by Pakistan-backed terrorists, the Chief Minister has called for a strong response by India. “We cannot let these terrorists continue killing our people,” he asserted.

The attack in Shopian took place hours after terrorists in Pulwama shot dead a labourer from Chhattisgarh. The labourer, identified as Sethi Kumar Sagar, worked in a local brick kiln. The incident took place in Pulwama's Nihama Kakapora village. Police has registered an FIR in connection with this incident and the investigation is in progress.

It may be recalled that on Monday, the terrorists had killed a truck driver named Sharif Khan in Shopian. Sources said that one of the terrorists involved in the incident was a Pakistani. The terrorists launched the attack hours after the government restored postpaid mobile services in 10 districts of Kashmir. The mobile connections in Kashmir were snapped after the Centre decided to abrogate Article 370 on August 5.

The mobile services were restored in the region after the government took a comprehensive look of the overall security situation in the region. It may be recalled that few days ago Jammu and Kashmir Governor Satya Pal Malik had announced the withdrawal of security advisory for tourists from October 10.