Defence Minister Nirmala Sitharaman on Wednesday said Congress president Rahul Gandhi has committed the offence of contempt of court by attributing the words "Chowkidar Chor Hai" to the Supreme Court, which the apex court never said. 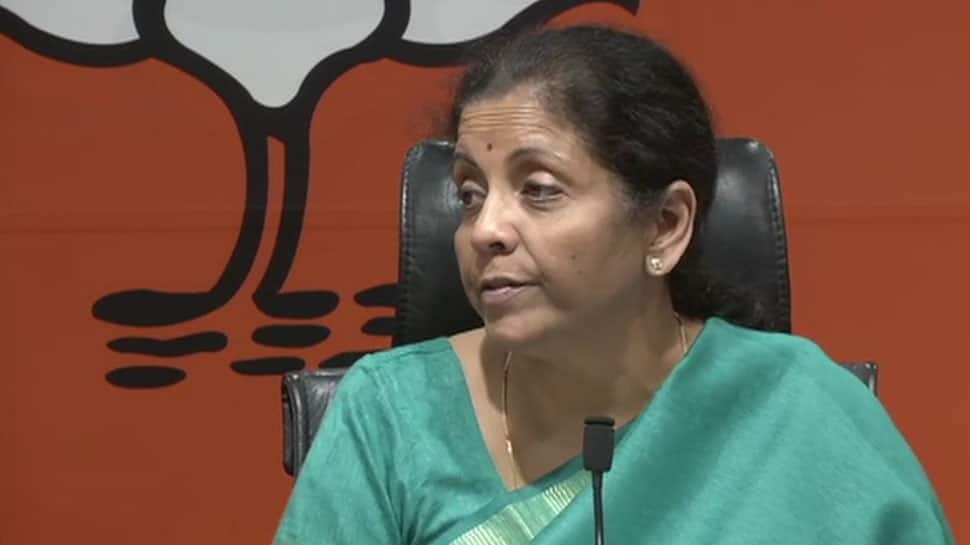 "We all know the Congress president probably doesn't even read even half a paragraph, but here, he said that the court has accepted and also that the court has said 'Chowkidaar Chor Hai' and these verge on contempt of court. The court today has not said any such thing," said Sitharaman at a press conference here.

"I have seen his tweet and have also seen him speak. He said that the apex court has said `Chowkidar Chor Hai`, and then again he said that the Supreme Court has accepted that Prime Minister Narendra Modi has given businessman Anil Ambani a sum of Rs 30,000 crore," said Sitharaman."

"The president of the party, which was in power for so many years, has completely shown his frustration by attributing word that has not been occurred by the court," she said.

The Supreme Court on Wednesday rejected the Centre`s objection to the admissibility of "leaked documents" in the Rafale deal after which Rahul Gandhi allegedly slammed PM Modi by saying that "even Court has accepted that `Chowkidar Chor Hai."

The top court on Wednesday dismissed the Centre`s preliminary objections claiming `privilege` over three Rafale documents cited in petitions seeking review of the December 14 verdict on the fighter jet deal.

In a unanimous judgement, a three-judge bench of the top court headed by Chief Justice Ranjan Gogoi allowed the admissibility of the three documents and said the review pleas will be heard on merits. The review petitions were filed against the apex court`s December 14 judgement refusing to order a probe into the procurement of 36 Rafale fighter jets from France.

The documents have already been published in the media. The Centre had also claimed that the documents were "unauthorisedly accessed" from the originals kept in the Ministry of Defence and leaked into the public domain. The Central government had contended that the documents were protected under the Official Secrets Act and their disclosure was exempted under the Right to Information Act as per Section 8(1)(a). However, the court had said that Section 22 of the RTI Act gave an overriding effect over the Official Secrets Act.