The Railway Protection Force (RPF) on Sunday nabbed a lady thief, disguised as a passenger, at Nizamuddin Railway Station and recovered stolen jewellery worth Rs 2.5 lakh from her. 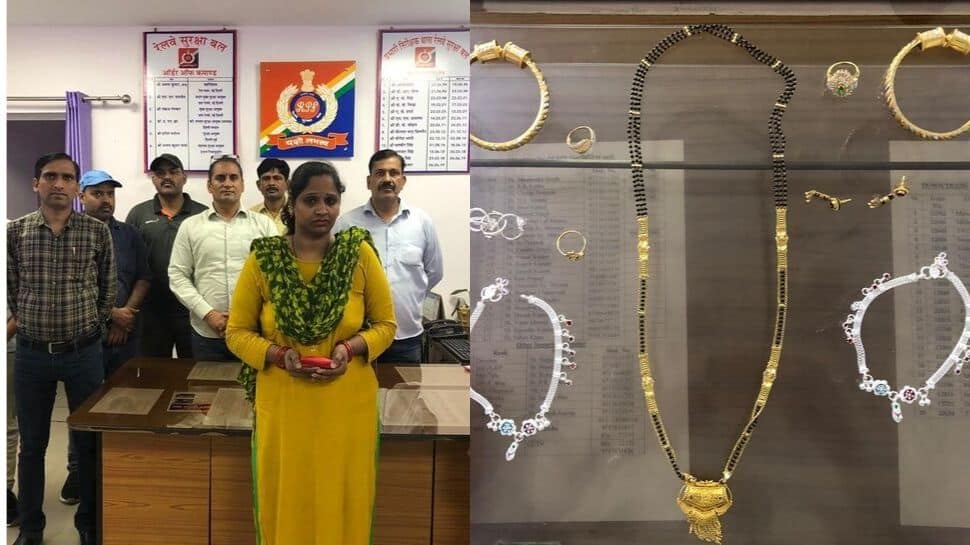 New Delhi: The Railway Protection Force (RPF) on Sunday nabbed a lady thief, disguised as a passenger, at Nizamuddin Railway Station and recovered stolen jewellery worth Rs 2.5 lakh from her.

According to RPF Senior DSC (Delhi) AN Jha, the RPF department received a complaint from a woman named Shweta Tiwari, wife of an Election Commission officer, wherein she reported that her wallet was stolen from her bag on a platform number 4 of Nizamuddin Railway Station on October 5.

The RPF team led by DSC Harish Papola (Delhi East) launched an investigation and checked the CCTV footage. In the footage, a woman was seen walking right behind the victim suspiciously, and she was captured on the CCTV camera stealing Shweta's bag.

The police began the search for the suspect and traced her on October 6 (Sunday) at the same platform wearing the same clothes she was wearing the previous day. The CCTV monitoring staff's suspicions were confirmed when the accused lady tried to hide her face from the CCTV installed near body scanning machine.

The accused has been identified as Pooja (40) who lived in Raghubir Nagar area of Delhi. Further investigation is going on in the case.

The stolen goods of Shweta were returned to her by the RPF. A senior RPF official said that more than 12,000 CCTV cameras have been installed across railway stations in Delhi till now and RPF is in process to install more. The CCTV cameras prove immensely beneficial in catching such criminals, the official said.