Defence Minister Rajnath Singh will uphold his yearly tradition of performing Shastra Pooja on the festival of Dussehra, in France this year where he is going to receive the first Rafale aircraft on October 8. 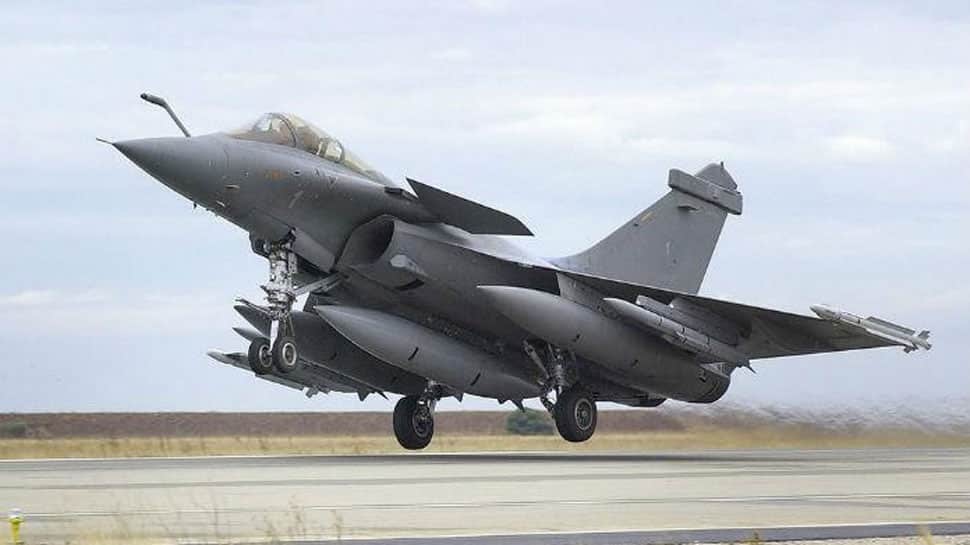 Defence Minister Rajnath Singh will uphold his yearly tradition of performing Shastra Pooja on the festival of Dussehra, in France this year where he is going to receive the first Rafale aircraft on October 8.

"During his days as Home Minister, Rajnath Singh would perform Shastra pooja every Dussehra. Now as a defence Minister also, he would continue the tradition," news agency ANI quoted defence officials close to Rajnath Singh as saying.

The Defence Minister will perform the Shastra Pooja during the Rafale induction ceremony at Merignac in France on Dussehra. Rajnath is also likely to take a sortie in India's first Rafale jet in France on October 8.

News agency ANI quoted the IAF sources, and said that a French pilot will fly in the front cockpit, while Rajnath Singh will sit in the rear cockpit. The first Indian Rafale aircraft with tail no RB-01 will be used for the sortie.

As per the plan, Rajnath will reach France on October 8, which is also Air Force Day and Dussehra. On the same day, he will receive the plane in Merignac near Bordeaux and peform Shastra Pooja.

Shastra Pooja is an old Hindu tradition where warriors perform pooja of their arms and weapons. Prime Minister Narendra Modi during his days as chief minister also used to perform Shastra Pooja on every Dussehra of both ancient and modern arms.

"Air Force has achieved many important milestones in the last one year including the one on 26th February when we successfully targeted terror camps in Balakot (inside Pakistan)," stated ACM Bhadauria who took over as the Chief of Air Staff from Air Chief Marshal (retired) Birender Singh Dhanoa on September 30, 2019.

He responded that any terror strike launched from Pakistan will be responded according to the decision taken by the government while hinting that Balakot-type strikes may take place in future too.

Jaish-e-Mohammad terrorist, planning to kill a cop, arrested in Jammu and Kashmir's Baramulla