Ready to consider any proposal but won't repeal three farm laws: Narendra Tomar ahead of talks with farmers

Ahead of the crucial talks between the Centre and the protesting farmer unions, Union Agriculture Minister Narendra Singh Tomar has said that the government is ready to consider any proposal other than the repeal of three farm laws - the key demand of the farmers. 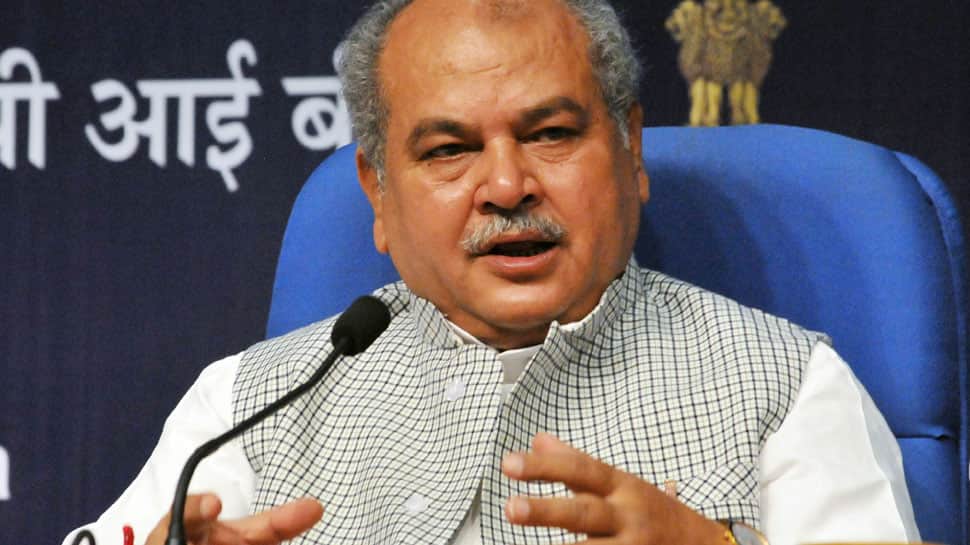 New Delhi: Ahead of the crucial talks between the Centre and the protesting farmer unions, Union Agriculture Minister Narendra Singh Tomar has said that the government is ready to consider any proposal other than the repeal of three farm laws - the key demand of the farmers.

Tomar, who is leading the negotiations along with Union Railways Minister Piyush Goyal and Minister of State for Commerce Som Parkash, said he cannot say right now what would be the outcome of the January 8 meeting with 40 protesting farmer union leaders, to be held at the Vighyan Bhavan at 2 PM.

The minister also denied giving any proposal to Punjab's Nanaksar Gurudwara head Baba Lakha, a renowned religious leader of the state, for ending the stalemate. "I cannot say anything right now. In fact, it depends on what issues will come up for discussion in the meeting," Tomar told reporters when asked about the likely outcome of the January 8 meeting.

Ahead of the talks with the government, thousands of farmers on Thursday took out tractor marches from protest sites of Singhu, Tikri and Ghazipur borders and Haryana's Rewasan against the three agriculture laws amid heavy police deployment.

According to the protesting farmer unions, this is just a "rehearsal" for their proposed January 26 tractor parade that will move into the national capital from different parts of Haryana, Punjab and Uttar Pradesh.

The last seven rounds of talks between the Centre and the 40 protesting farmers' leaders have remained inconclusive, although there was some breakthrough in the December 30 meeting when the government conceded to two demands of the agitating farmers pertaining to power subsidy and stubble burning.

Asked if the proposals included giving the state governments freedom to implement the new central laws, he said, "No." "I keep talking to him (Baba Lakha). He came to Delhi today, it became news. I have an old association with him," the Minister said.

When asked if he would meet other religious leaders from Punjab who can mediate between the government and the protesting farmers to end the stalemate, Tomar said, "Whosoever will request for a meeting, I will meet them -- be it, farmers or leaders."

Separately, the Minister of State for Agriculture, Kailash Chaudhary said the new farm laws give freedom to farmers and the government is hopeful of ending the current logjam at the earliest. "The reforms (measures) taken now are just the beginning. More reforms are to be taken. Next, the pesticides bill and seed bill will come...," he noted.

The protesting farmers, especially from Punjab, Haryana and parts of Uttar Pradesh, have been camping at various borders of the national capital for over a month now seeking repeal of the three farm laws and legal backing of minimum support price (MSP) for crops.