Intelligence report states that at least 378 Rohingyas have moved to Nepal from India and some of them are in touch with real estate brokers to buy land in the land-locked Himalayan nation. 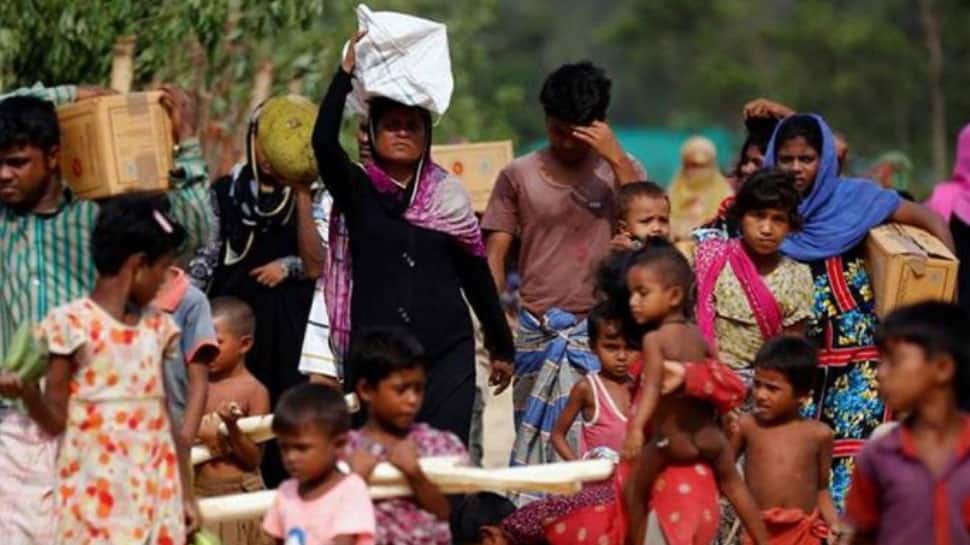 Rohingya Muslims living in India have started to migrate to Nepal, according to a report by the intelligence agencies sent to the Union Home Ministry. The report states that at least 378 Rohingyas have moved to Nepal and some of them are in touch with real estate brokers to buy land in the land-locked Himalayan nation.

An intelligence agency officer told Zee News that Rohingya planning to migrate to Nepal are on touch with Rohingyas already settled in Nepal and have even paid bribes amounting to thousands of rupees to secure citizenship documents on Nepal. They have also paid between Rs 4,000 to 50,000 to the brokers to settle in Nepal. The report also mentions that some Islamic organisations of Nepal are funding the Rohingyas in settling in the country. One such group is Islami Sangh Nepal and its activities have been found to be extremely suspicious.

There are at least 35 temporary shelters in Nepal's Dhading district and all of them have come up in the last few days. Similarly, 104 Rohingyas have settled in Lanstoor and some of them are in Panauti municipality. A senior Home Ministry official asserted that there is an urgent need to keep a close watch on the movement of such Rohingyas.

Even Pakistan's notorious intelligence agency Inter-Services Intelligence (ISI) has been building bases of terror groups like Lashkar-e-Taiba and Jaish-e-Mohammad along the Indo-Nepal border. Given the activity of ISI in Nepal, the funding of Rohingyas to help them settle in Nepal can be a part of a huge anti-India conspiracy although it would be too premature to arrive at such a conclusion.

Just a few months back, Indian intelligence agencies had revealed ISI's sinister plot to open terror camps in Mae Sot district of Thailand along the Myanmar border. Pakistani Taliban fighters were tasked with training young Rohingyas to carry out terror strikes in the camp. The report had raised apprehensions that Rohingyas were being trained for terror activities in India and Bangladesh.

The details of the Mae Sot camp came to light during the interrogation of a group of Khalistani terrorists. Lashkar-e-Taiba founder Hafiz Saeed had met Rohingya terrorists to help them in setting up the camp. ISI sponsored jihadi group Harkat-ul-Jihad-al-Islami-Arakan (HuJI) leader Maulana Abdul Quddus, who is helping in running the Mae Sot camp, is currently in Pakistan.