"The state government is clearly trying to suppress the voice of women but other women and activists won`t tolerate this at all. We will visit the temple after November 20 and we won`t come back before stepping into the temple," she added. 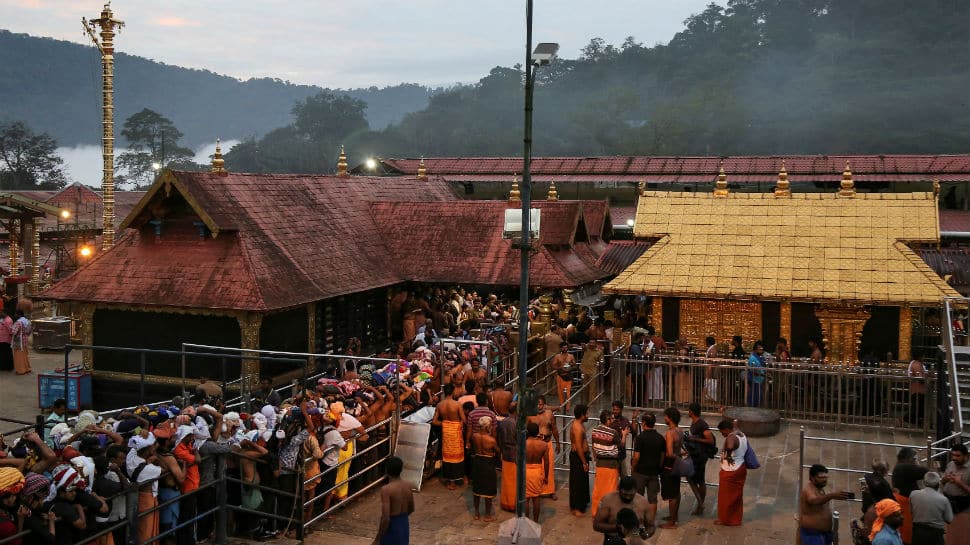 Pune: Women right activist Trupti Desai on Saturday said that the Kerala government has refused to provide security to females of menstruating age visiting Sabarimala Temple and added that the latter is working 'totally against' women.

Desai's statement came soon after, at least 10 women, aged between 10 to 50 years, were sent back from Pamba base camp which is nearly 6 km downhill from the temple.

The police did not let the women -- all residents of Andhra Pradesh -- trek up to the temple.

"Yesterday, the government said that they won't provide security to women, so women are going to Sabarimala Temple without protection. Now, women are being stopped, so I think the government is working completely against women," said Desai.

"The state government is clearly trying to suppress the voice of women but other women and activists won`t tolerate this at all. We will visit the temple after November 20 and we won`t come back before stepping into the temple," she added.

Desai further stated that God doesn't 'discriminate' between his devotees so the government should also allow women and male devotees of all age groups to visit the temple.

"If the police and government are sending back the women from Pamba, then I believe this is an insult to the rights of women and the Supreme Court's order as well. The government is working totally against women. The Supreme Court should also take some action against the government," said Desai.

A sea of devotees thronged the Sabarimala temple on Saturday evening as the shrine opened for the annual Mandala Pooja.

Priests opened the sanctum sanctorum of the temple, marking the beginning of 41-day long pooja season.

Notably, the Kerala government has made it clear that it would not provide security to any woman of menstruating age visiting the shrine, as per Devaswom Board Minister K Surendran.

"The state government will not provide protection to any woman visiting the temple. Those who need protection should get an order from the Supreme Court," Surendran said on Friday.

The opening of the shrine comes days after a five-judge bench of the Supreme Court had referred a clutch of petitions seeking review of its order which paved the way for the entry of women into Sabarimala temple in Kerala to a larger seven-judge bench by a majority 3:2 ruling.

The top court also observed that the right to worship by an individual cannot outweigh the rights of a religious group.

The Supreme Court had lifted a traditional ban on entry of women of menstrual age (10-50 years) on September 28 last year.

Despite the apex court's ruling, a string of protests took place at the Sabarimala temple and its surrounding areas in the state, when several women attempted to visit the shrine but were stopped by Lord Ayyappa devotees.