Ahmad Patel is being questioned about his purported links with Vadodara-based Sterling Biotech pharmaceutical company promoters, the Sandesara brothers, and the alleged dealings of his family members with them. 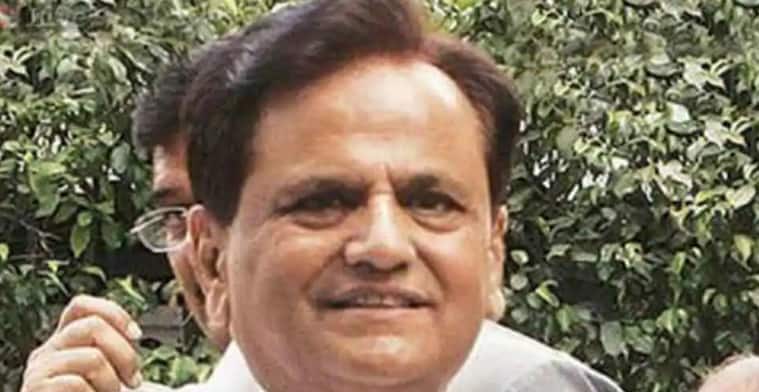 New Delhi: Enforcement Directorate (ED) team on Thursday (July 2) questioned senior Congress leader Ahmed Patel for the third round in connection with the Sandesara brothers' bank fraud and money laundering case. The ED team reached Patel's residence around 11 am and continued to quiz him for about 10 hours and left his house after 10 pm.

Patel lives at 23, Mother Teresa Crescent home in the Lutyens' zone of central Delhi. The agency sleuths have earlier questioned the Congress Rajya Sabha MP in two separate sessions clocking about 17 hours on June 27 and June 30.

According to sources, Patel's statement is being recorded under the Prevention of Money Laundering Act (PMLA) during the latest session. He is being questioned about his purported links with Vadodara-based Sterling Biotech pharmaceutical company promoters, the Sandesara brothers, and the alleged dealings of his family members with them.

Last year, the ED had questioned Patel's son Faisal Patel and son-in-law Irfan Ahmed Siddiqui in this case and recorded their statements. The two were questioned in the context of the statement of one Sunil Yadav, an employee of the Sandesara group, which was earlier recorded before the agency.

Sources further said that Yadav had told ED that he bore "expenses of Rs 10 lakh" for a party which was attended by Faisal, "arranged" entry in a night club for him and once delivered "Rs 5 lakh" to his driver in Khan Market on the instructions of Chetan Sandesara, one of the promoters of the pharma firm.

The Sandesaras are also facing separate probes by the CBI and the Income Tax Department for their alleged nexus with some high-profile politicians and charges of corruption and tax evasion, respectively. The Sandesara brothers are currently stated to be based in Albania, from where India is trying to extradite them.

Spitting in posh markets of Delhi will cost you Rs 1000; here's why