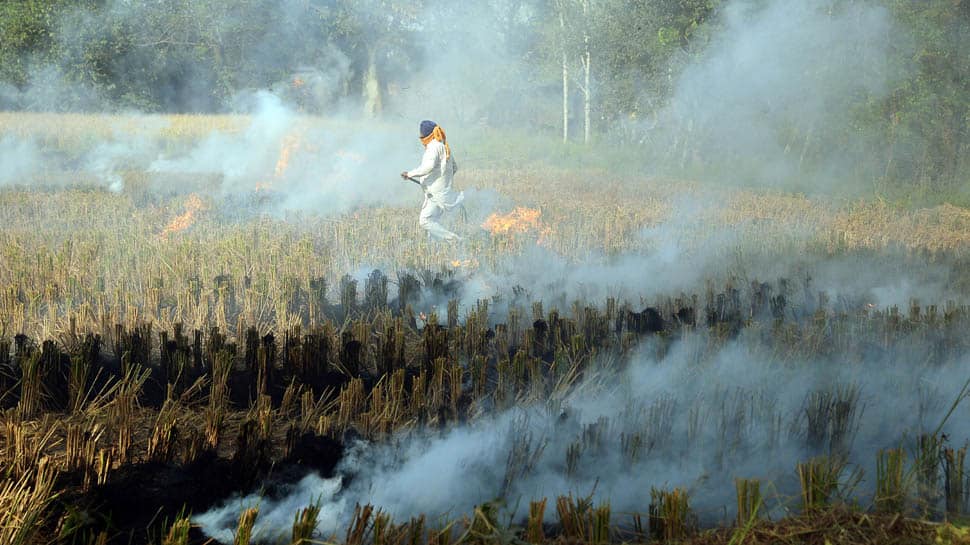 The Supreme Court (SC) on Wednesday slammed the Punjab government for its failure to tackle the matter of stubble burning, adding that it failed miserably in its duty which caused the air pollution. The bench headed by Justice Arun Mishra heard the case and the Chief Secretaries of Delhi, Punjab, Haryana were present in the court.

The AG suggested that in Punjab there should be seven zones for stubble burning and each zone be designated a particular day rather than all the zones burning at the same time. "Can you not collect stubble at the Panchayat level. It is your failure this is happening," said the apex court.

The SC had on Tuesday registered a fresh case in connection with the air pollution in Delhi-NCR. The court took up the case on its own, as the bench headed by Justice Mishra was left in anguish on the response of the state machinery in combating air pollution, which resulted in a public health emergency in the national capital. The suo motu case was titled "alarming rise in air pollution in Delhi and adjoining areas".

The top court on Monday had passed a slew of directions in connection with air pollution while expressing its displeasure over the failure of the Centre and state machinery to deal with the problem. "You can postpone the Assembly, but people cannot be left to die," a bench headed by Justice Mishra had said while seeking the presence of chief secretaries of Punjab, Haryana and Uttar Pradesh.

The court imposed a fine of Rs 1 lakh on those carrying out construction and demolition activities flouting a ban on such works. It also imposed a penalty of Rs 5,000 on people involved in burning waste. The court made it clear that if violations were to surface, the local administration and zonal officials would be held accountable.

The apex court also roped in SHOs of local police stations to ensure that steps were taken to stop stubble burning. "It is a shocking state of affairs...There cannot be a large scale exodus of people from Delhi. Delhi cannot be evacuated," the court had said.