Amid the national outrage, it has been revealed why Tauseef killed 21-year-old Nikita Tomar in Faridabad on October 26. 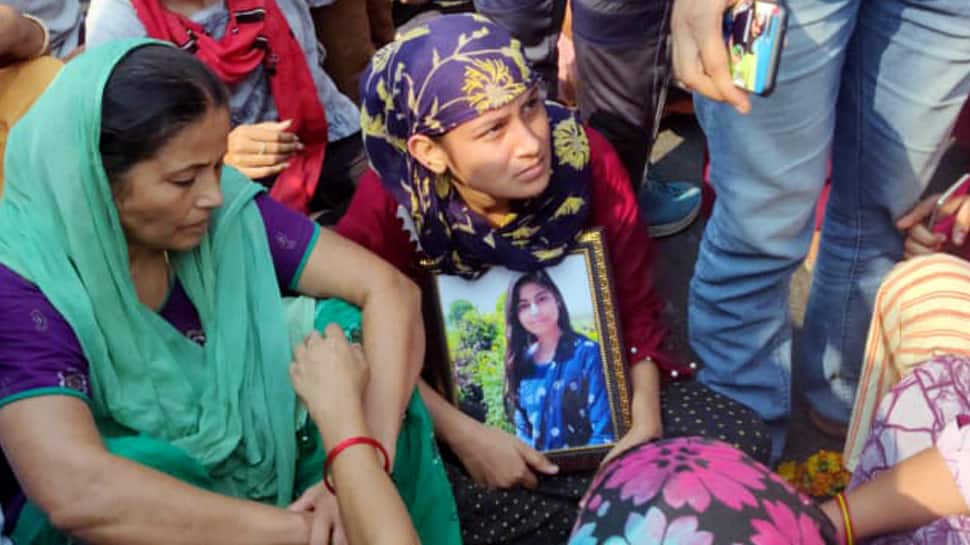 The Ballabhgarh ''love jihad'' murder case has led to national outrage and the growing clamour for justice for victim Nikita Tomar. Amid this, it has come to light why Tauseef killed the 21-year-old college student in Faridabad on October 26 (Monday).

The police have arrested two men -- Tausif, the main accused, and Rehan -- for allegedly killing the victim outside her college in Ballabhgarh, an incident that triggered protests with students and locals blocking the road to Sohna on October 27 (Tuesday).

Tauseef and Rehan were arrested from Mewat by the Haryana Police SIT and has reportedly told the investigators that he killed Nikita Tomar as she was planning to get married soon to some other person. Since Nikita had refused to convert to Islam and rejected his ''friendship'', Tauseef was infuriated and wanted to teach Nikita a lesson. 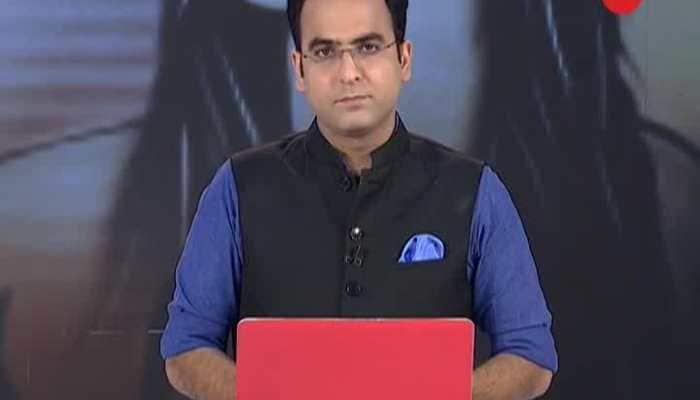 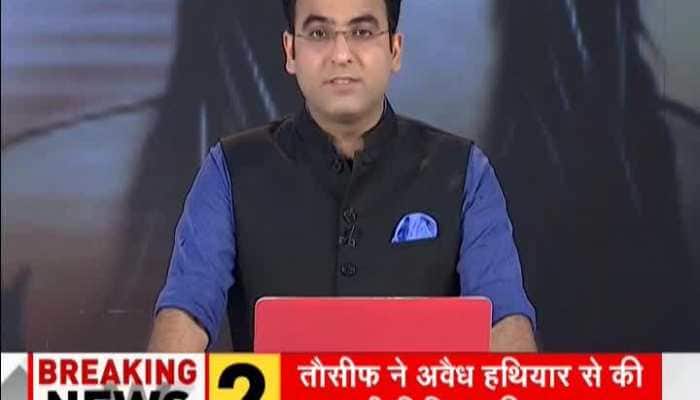 With no option left, Tauseef planned to kill her and shot her dead as she came out of her college on Monday after taking her exams.

On Wednesday, Haryana's Home Minister Anil Vij claimed that the main accused in the case was related to some Congress leaders in the state and it was due to pressure from them that the victim's family had withdrawn an earlier complaint against the man.

In a related development, a three-member Special Investigation Team (SIT), formed in connection with the killing of the student, began its probe on Wednesday and met the victim's family members in Faridabad's Ballabhgarh. The SIT, headed by Assistant Commissioner of Police (Crime) Anil Kumar, visited the victim's home on the Sohna road in Ballabhgarh and interacted with her parents for a few minutes, the father of the woman told reporters.

Vij told reporters in Ambala that the SIT will also probe the sequence of events leading up to the killing since 2018. "The main accused behind the killing of the college student in Ballabhgarh is related to some Congress leaders from Haryana and it was under their pressure that the victim's family had withdrawn an earlier complaint lodged against the man in 2018," he said.

"The SIT will probe the events from 2018. It will be probed under what circumstances the girl's parents were forced to give an affidavit to take their complaint back then," he said. The minister added that it will also be probed why "pressure was being built on Nikita to convert, despite her outright refusal".

Commenting on the manner in which the accused shot the victim dead in broad daylight outside her college, he said, "I will not allow this kind of 'dadagiri' in the state. The accused will be punished in accordance with the law." The victim, a B.Com final-year student, had come out of her college after appearing in an exam on Monday afternoon when the incident took place.

Her mother told reporters at her residence on Wednesday that the main accused had harassed her daughters two years ago and pressured her to convert to Islam in order to marry him, which she had refused to do. The victim's family had lodged a police complaint against the main accused two years ago for allegedly harassing her. However, the complaint was withdrawn as the accused's relatives had assured the victim's family members that Tausif would mend his ways and not harass the woman.

"After that, there was no contact between us and the accused or his family. Nikita had been attending her college regularly. She was a bright student, scoring high marks in her college. She had scored very high marks in her Class 10 and Class 12 examinations...Losing her in this manner has left us shocked," her mother said, struggling to control her tears. The victim's family has demanded capital punishment for the main accused.

Meanwhile, Haryana State Commission for Women member Renu Bhatia met the victim's family in Ballabhgarh on Wednesday. "I have assured them that whatever support they may need from us, we are ready to extend all help," she said.

Tauseef and Rehan were produced before a court in Faridabad district and sent to two-day police remand. As the police continue to investigate the broad daylight murder of the 19-year-old girl, several intriguing facts have also come to light which exposes Tauseef’s family’s strong political connections, which is why he managed to do away after committing such heinous crime.

It may be recalled that the SIT constituted by the Haryana Police to nab the two culprits were arrested from Nuh, which is represented by Chaudhary Aftab Ahmed.

This proves why Nikita’s family had preferred to keep a low profile as they feared serious consequences because of Tauseef’s family’s strong political links. Nikita’s father had told that till today no one from the Congress party, let alone the sitting legislator of the area, has come to their rescue or offered any help.

"He should be given capital punishment and our family should be given security," the girl’s father said. During the investigation, it emerged that the main accused was the woman's classmate and they had known each other, according to the Haryana police. The ongoing investigation into the case has revealed that Tauseef was harassing Nikita for the past two years and a police complaint was also lodged by her family against him.

But since her family was scared of Tauseef’s influential political family, a compromise was reached in the presence of panchayat members. With Mewat now emerging as the new hotbed of love jihad, it has also come to light why several Hindu families had to migrate from Mewat and surrounding areas in recent years.

The brother of the 21-year-old college girl, who was given an emotional farewell on Tuesday (October 27) amid furore over forced conversions in the Mewat region, had told Zee News that Tauseef was repeatedly pressurising her to convert to Islam so that he can marry her – a point that Mewat is the new hotbed of ‘love jihad’ in the country.

Nikita's brother also stated that accused Tauseef is the nephew of Congress MLA Chaudhary Aftab Ahmed, which is why the two killers rushed to Mewat soon after committing the heinous crime to evade the law.

The sensational crime was even captured by someone over the mobile phone, the footage of which went viral over social media. In the video, Tauseef, along with his accomplice Rehan, is seen arriving outside the college and parking the white-coloured car on the road.

Nikita is seen walking on the road accompanied by one of her friends and the accused suddenly takes out a pistol and shoots her behind her ear from a close range leaving her in a pool of blood at the spot. Before a few passersby, who noticed the crime taking place, could react, the two accused escaped from the spot in their car. The incident triggered protests with students and local residents blocking the Sohna-Ballabgarh road for several hours on Tuesday.

After the two accused were arrested, Haryana Home Minister Vij said the murder weapon has also been recovered. "An SIT led by ACP, Crime, Anil Kumar would ensure quick investigation and time-bound trial to ensure justice to the family," the Minister said. With the Congress link with the murder accused coming to the fore, Congress slammed the Haryana government for poor law and order in the state.

Congress chief spokesperson Randeep Singh Surjewala slammed the Khattar government saying, "During the past two years, there has been a 45 per cent increase in crime against women in Haryana. In gangrape incidents, Haryana is at the top." He also appealed to the Khattar government to take stringent action against the criminals. "Otherwise, newspapers will be filled with such news each day. This government does not have any moral right to stay in power for another day, the Congress leader said.

Meanwhile, Union Minister of State and Faridabad MP K P Gurjar and Haryana's Transport Minister Mool Chand Sharma, who is BJP MLA from Ballabgarh, told reporters that the accused will be dealt as per law.

Zee News, which has launched a massive campaign seeking justice for Nikita, has raised several questions over the apparent lack of action on part of police against Tauseef, which could have otherwise saved the life of a promising young girl.

The top Congress leadership is also silent on the issue and leaders like Assaddudin Owaisi and the members of the ''Award Wapsi'' gang are keeping mum, which raises questions over the selective brand of their politics for vote bank.