The Army has said that a total of 30 personnel and some other people were in the building when the incident took place. 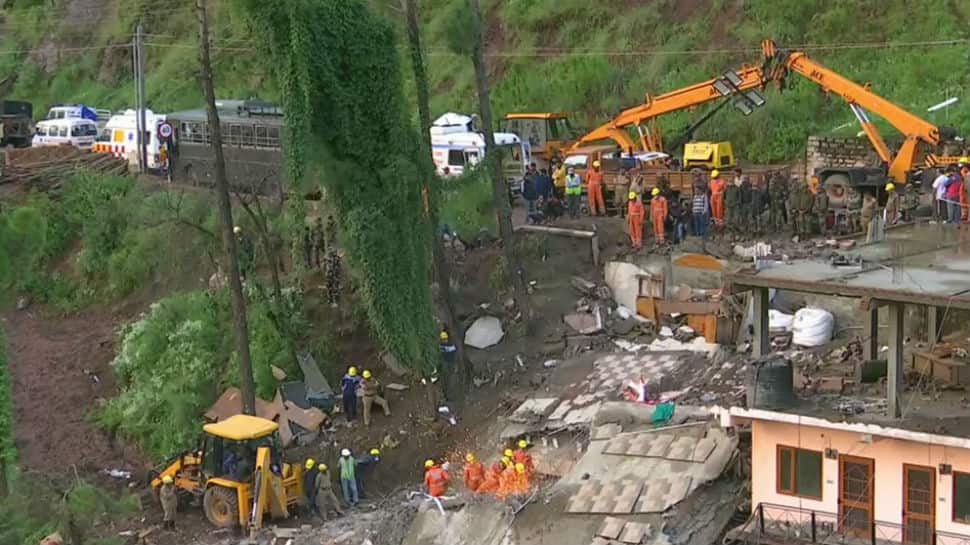 Rescue efforts to bring out survivors from under the rubble went on all of Sunday night and into Monday morning after a multi-storey building came crashing down in Himachal Pradesh's Solan.

The Army has said that a total of 30 personnel and some other people were in the building when the incident took place.

Mammoth efforts are being made to rescue people from under the rubble with emergency personnel bringing in JCBs to carefully move the debris from the site of the collapse. The entire rescue and relief operation is being led by personnel from the National Disaster Response Force (NDRF).

The tragic incident took place around 4 PM on Sunday afternoon. The building, which reportedly collapsed due to heavy rainfall, is located on Kumarhatti-Nahan highway in Solan, around 45 km from state capital Shimla. While the injured have been taken to hospitals for medical treatment, efforts are being made to rescue all others who may have survived.

State CM Jairam Thakur said that he is closely monitoring the rescue efforts and added that the cause of the accident may have been man-made. "The accident may have taken place because the foundation of the building was weak and gave in after heavy rainfall in the area," he said. The CM also visited the site of the incident on Monday morning.