Six people died and dozens were injured on Friday as police clashed with thousands of protesters across several states as they continued to oppose the Citizenship Amendment Act, which they say discriminates against Muslims. Violent clashes with police rocked Uttar Pradesh from Gorakhpur to Bulandshahr on Friday while thousands rallied in the national capital with tricolour and 'Save Constitution' banners as protests intensified against the amended citizenship law and the proposed NRC. 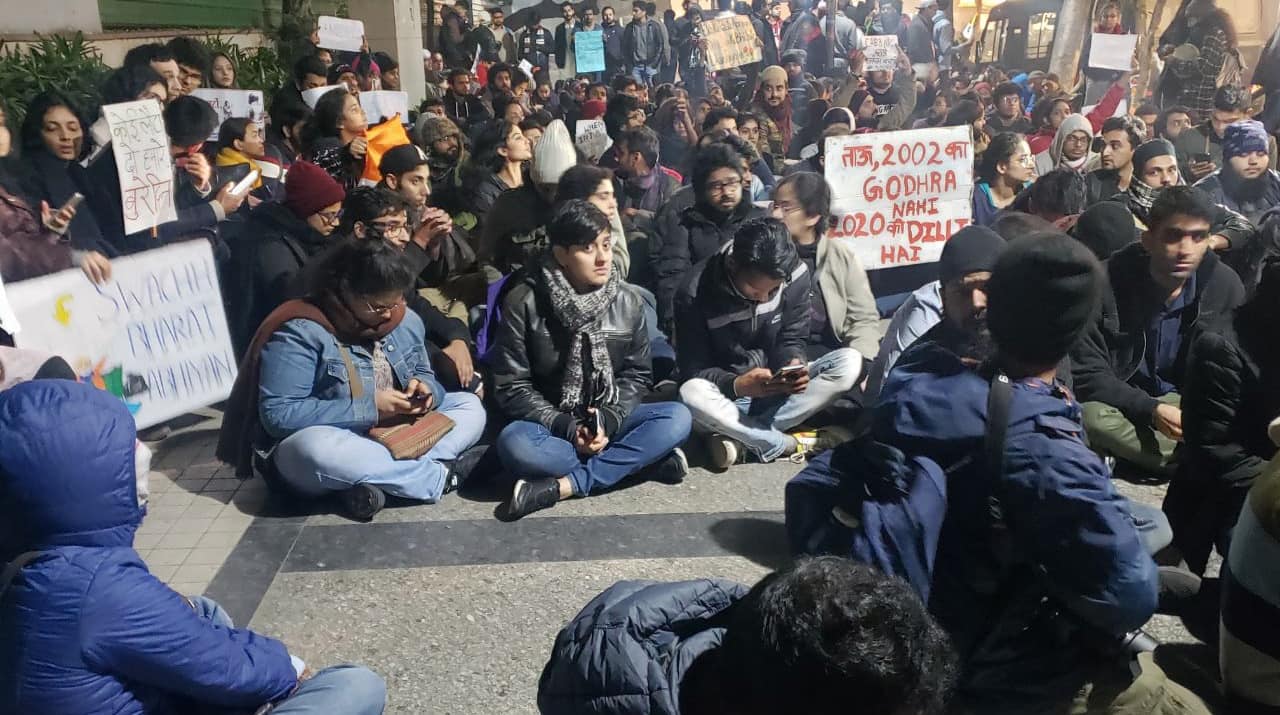 NEW DELHI: Six people died and dozens were injured on Friday as police clashed with thousands of protesters across several states as they continued to oppose the Citizenship Amendment Act, which they say discriminates against Muslims. Violent clashes with police rocked Uttar Pradesh from Gorakhpur to Bulandshahr on Friday while thousands rallied in the national capital with Tricolour and 'Save Constitution' banners to protests against the amended citizenship law and the proposed National Register of Citizens.

Congress general secretary Priyanka Gandhi Vadra jointed hundreds of people protesting at the India Gate against the Citizenship Amendment Act and said the legislation and the proposed National Register of Citizens was against the poor. Talking to reporters briefly, she said the demonstrations against the Act should be peaceful. With the protests turning violent an the opposition mounting attack on the ruling dispensation, the government indicated that it was ready to accept suggestions.

However, ahead of that the anti-CAA violence killed two people in Bijnor, one in Kanpur, one in Firozabad and another one in Sambhal. On Thursday, three people died during the anti-Citizenship Amendment Act violent protests. Two persons died in Karnataka's Mangaluru and another one died in UP's Lucknow.

There were standoffs at police barricades in half a dozen towns in Uttar Pradesh, where at least 32 people were injured in clashes between police and stone-throwing protesters. Uttar Pradesh Police chief OP Singh said that none of the deaths on Friday were due to police shooting and confirmed the arrest of nearly 144 people.

Mobile internet and text messaging services of all telecom operators remained suspended in Lucknow and some other parts of Uttar Pradesh in view of protests against the Citizenship (Amendment) Act. In Lucknow, the suspension was announced on Thursday.

Additional Chief Secretary Awanish Kumar Awasthi had on Thursday night issued an order to suspend the services till Saturday noon. Internet services were also not available in Sambhal, Aligarh, Mau, Ghaziabad, Azamgarh and Bareilly districts even as Section 144 of the CrPC, prohibiting assembly of four or more people, was already in force in the entire State for several days. Authorities said they shut the internet in parts of Uttar Pradesh state to prevent publication of inflammatory material.

The backlash against the law pushed through Parliament by the Narendra Modi government on December 11 marks the strongest show of dissent since he was first elected in 2014.

The legislation makes it easier for people from non-Muslim minorities in Afghanistan, Bangladesh and Pakistan who settled in India prior to 2015 to obtain Indian citizenship. Critics say that the exclusion of Muslims is discriminatory and that the award of citizenship based on religion undermines the Constitution.

In New Delhi`s Daryaganj area, a commercial thoroughfare in the capital with many banks, shops and cafes, police fired a water cannon to disperse crowds of some 6,000 protesters. Delhi Police later detained 40 people in this connection from the Daryaganj locality.

The protests in New Delhi had grown throughout the day, initially starting at the historic Jama Masjid mosque, where chants of "Remove Modi" filled the air after Friday prayers that drew thousands of worshippers.

Protesters marched towards the centre of the capital where authorities had shut some train stations and suspended the internet in some areas to stop people from gathering. Police and paramilitary were deployed outside Jama Masjid, where several people carried the national flag and copies of the Constitution, which states that India is a secular republic.

"We will fight till this law is rolled back. We will not back down," the protesters shouted outside the mosque. In north-eastern Delhi, tens of thousands gathered in three different places to protest against the law, despite curbs on such assemblies, but later dispersed peacefully, police said.

Crowds pelted stones at police in Ferozabad, Muzzafarnagar and Ghaziabad among other cities in Uttar Pradesh and police fired tear gas in the city of Kanpur to scatter protesters. OP Singh, the UP Police chief, said that violence had been reported in 13 districts.

From college students and academics to artists and opposition party workers, thousands of people have come out to protest against a law that many believe is part of an unspoken government agenda to divide India along communal lines.

On the street below Jama Masjid, Muslims were joined by people of other faiths, including a large number of Dalits, the community that ranks at the bottom of the Hindu caste hierarchy.

Sporadic violence was reported from other parts of Delhi, Maharashtra and Karnataka-Kerala border areas as well, while authorities resorted to curbs on mobile internet and SMS services in various regions, including in parts of UP, Karnataka and the national capital. Some groups, however, offered roses to the police to underline peaceful nature of their protest.

Amid the raging protests across the country, including scores of violent incidents, against the Citizenship Amendment Act, the Union Home Ministry on Friday released the five clauses under the Citizenship Act to acquire Indian citizenship.

According to the Citizenship Act, 1955, under the first clause, citizenship by birth under Article 5 of the Constitution provides that any person who was domiciled in India on January 26, 1950 or who was born in the territory of India is a citizen of India, the notification said.

Anyone "either of whose parents was born in the territory of India, or any person born in India on or after January 26, 1950, but before July 1, 1987 is a citizen of India by birth," said the government`s notification.