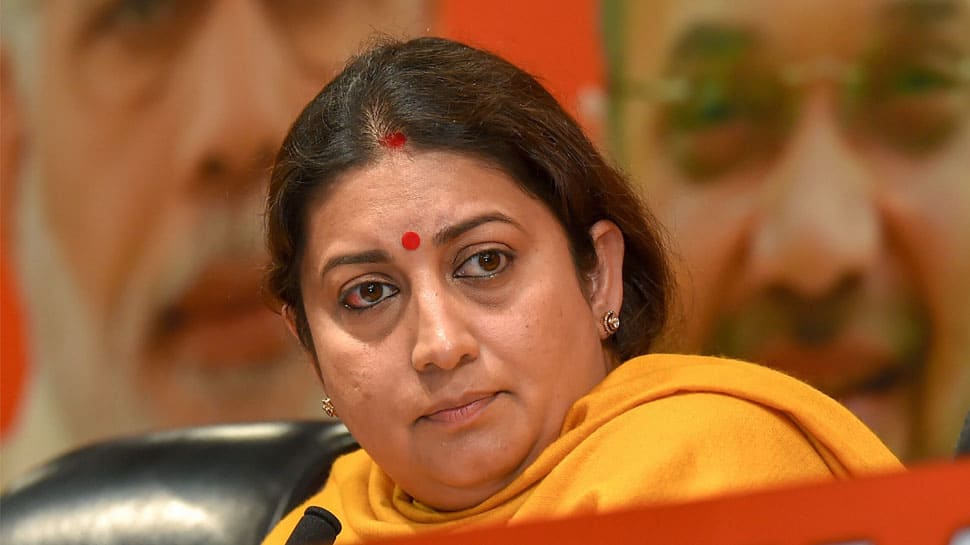 Union Minister Smriti Irani on Friday launched a scathing attack on the Kerala government questioning its stand on women empowerment, in the backdrop of the Sabarimala Temple row and Kerala nuns transfer issue.

Addressing a press conference in the national capital, Irani took a jibe at the Pinarayi Vijayan-ruled government saying those who speak about women empowerment but keep quiet when women empowerment is not convenient for them politically, should be questioned.

She added that the Kerala government should be asked about the steps they have taken up for their security of the four Kerala nuns.

"People who speak about women empowerment but keep quiet when women empowerment is not convenient for them politically should be questioned. Kerala government should be asked about the steps they have taken up for their security of four nuns," said Irani.

The LDF government's decision to implement the September 28 apex court verdict permitting women of all age groups into the Sabarimala Lord Ayyappa temple had triggered widespread protest among devotees and right-wing groups who had staged state-wide namajapa (chanting of Ayyappa hymns) protests against it.

On the other hand, four of the five nuns who had led an agitation against rape-accused Bishop Franco Mulakkal in Kerala have been directed to leave their convent in Kottayam district in compliance with a transfer order issued in 2018. Their congregation --Missionaries of Jesus under Jalandhar diocese of the Roman Catholic Church-- has directed the nuns to join the convents they were assigned previously as per the transfer orders issued between March and May in 2018.

Irani also launched a verbal attack on Congress saying that whereas the BJP is committed to make India a strong and resurgent nation while the Congress is standing with those who raise anti-India slogans. She further attacked the Congress, saying one of its senior leaders had advocated repealing the law that defined sedition.

Slogans against India were allegedly raised during a procession in JNU in February 2016. Delhi police earlier this week filed a chargesheet in the case.

Pakistan has no locus standi on territories illegally, forcibly occupied by it: India protests on Gilgit-Baltistan order