"I have no hesitation to say that some Kashmir-centric politicians, the separatist stand already identified, who are wearing the robes of mainstream and their parties are doing injustice to the youth of the valley." 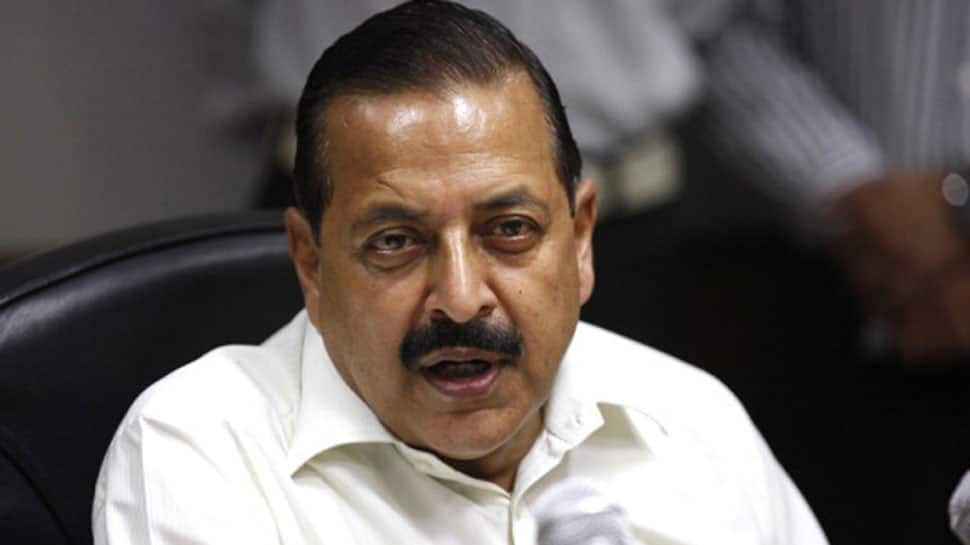 Jammu:  Union minister Jitendra Singh on Sunday claimed that some "Kashmir-centric politicians" and their parties are doing disservice to the youth of the valley by encouraging them to die in militancy.

He praised lance naik Nazir Ahmad Wani, a Kashmiri militant-turned-soldier who was awarded the Ashok Chakra, and said the youth should make him a role model.

Without identifying anyone, Singh said, "I have no hesitation to say that some Kashmir-centric politicians, the separatist stand already identified, who are wearing the robes of mainstream and their parties are doing injustice to the youth of the valley."

"They have secured the future of their children but are encouraging the children of their neighbours to die," the minister of state in the PMO told reporters on the sidelines of a function in Udhampur district.

He said he met the family of the martyred soldier Wani who was once a terrorist and took a pledge not to die like a militant but as an armyman.

"He underwent the change of heart and his story is an inspiration for the nation and the youth of the valley. He killed terrorists and evacuated to safety his injured colleagues before sacrificing his life," he said.

He said the time has come when the youth of the valley should understand that it is better to die like a soldier than a militant.

"It is encouraging that youths of the valley have started moving forward to be part of the developmental yatra under the leadership of Prime Minister Narendra Modi," Singh said.

Referring to the 'Mann Ki Baat' programme of Modi, he said the prime minister completed 52nd episode of the radio address to the nation and the history will remember that he never used the platform for politics and instead guided the nation on the vital issues concerning society, health, economy and cleanliness among others.? Earlier, Singh distributed golden cards among Ayushman Bharat beneficiaries at a function and also reviewed the progress of various centrally sponsored schemes in Udhampur district.

The district has registered 75,000 beneficiaries under the Pradhan Mantri Jan Arogya Yojana-Ayushman Bharat which aims to provide health insurance coverage of Rs five lakh per family annually to the families living under the Below Poverty Line (BPL).

The scheme is aimed at providing health protection cover to poor and vulnerable families to reduce their out-of-pocket expenditure on healthcare.

The minister said the scheme provides cashless and paperless access to services for the beneficiaries at the point of service in any empanelled hospitals, both in public and private sector, across the country.

"Every family under the Socio-Economic Caste Census (SECC) database will be entitled to claim the benefits under the scheme," he said.
While reviewing the progress on the implementation of various centrally sponsored schemes, Singh was informed that the district administration has constructed 75,000 toilets so far under the Swachh Bharat Scheme.

Singh said the government led by Modi is working with new ideas for the welfare of the people and development of the nation and the initiative will address the hopes and aspirations of every Indian.

Highlighting the various achievements of the government, Singh said various initiatives have been taken by the present dispensation for the development of the nation.

He exhorted upon the general public to come forward and avail maximum benefits of the centrally sponsored schemes.

If Centre brings law on Ram Temple, it will win 2019 election: VHP chief