Nirmala Sitharaman's response comes after Sonia Gandhi on Monday accused the BJP-led alliance of seeking to divert the people's attention from its "failures" by creating "communal discord" and said that "suppression of youth and the students will prove to be the beginning of the end of Modi government. 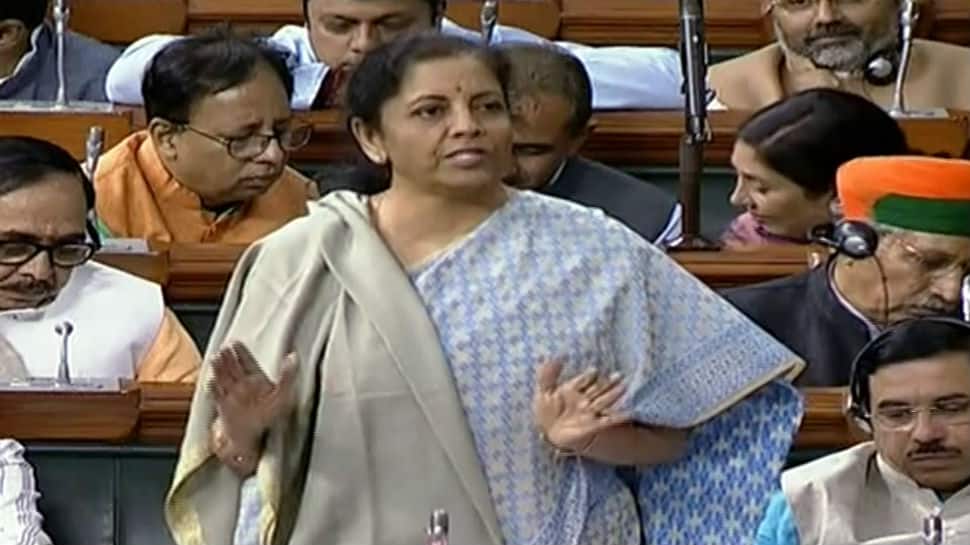 BJP leader Sitharaman's response comes after Gandhi on Monday accused the BJP-led alliance of seeking to divert the people`s attention from its "failures" by creating "communal discord" and said that "suppression of youth and the students will prove to be the beginning of the end of Modi government.

"In a statement, Gandhi referred to protests over the Citizenship (Amendment) Act and accused "the government of being at war with its own people."

Hitting back, Sitharaman said in a statement that Gandhi's remarks are "irresponsible and motivated aiming at quick political gains."

"It is irresponsible because it accuses the Prime Minister and Home Minister of 'deliberately spreading unrest' and charges the Government of being `the originator of violence'. As a responsible Opposition party, it is incumbent on Congress and Sonia Gandhi to call on all to maintain peace and calm and to ensure that the Congress party does not provoke violence," Sitharaman said.

"What the party has actually done is to keep the perpetrators of mob violence during the anti-Sikh violence in Delhi next to their leadership even as they speak about violence. This itself conveys the message of intending to provoke. Congress must remember that Citizenship (Amendment) Act is a law passed by both the Houses of Parliament," she added.

Sitharaman in her statement further said that Gandhi has "failed to recognise that the Home Minister has met senior leaders of the North-Eastern states."

"The BJP questions Sonia Gandhi and the Congress leadership as to what have they done to calm West Bengal and Delhi in particular," she said while highlighting former prime minister Dr Manmohan Singh`s statement on the floor of the House in 2003 in the context of Bangladeshi minority refugees.

She went on to question, "Has Sonia Gandhi and Congress changed their stance from what their leader has spoken on the floor of the House? Are Sonia Gandhi's human rights reserved only for some and not for the oppressed Hindu Bengalis who have fled oppression in a much inhuman and demeaning way and are for the last several decades languishing in camps all over the country? Has Sonia Gandhi forgotten that when Manmohan Singh was visiting Bangladesh, an elected Chief Minister important to the context in which he was visiting Bangladesh refused to accompany him? Does it mean that the elected Chief Minister dared the then Prime Minister and couldn`t Sonia Gandhi convince that Chief Minister then?"

"Wasn't it during the time of Indira Gandhi that the students of a Central University in Delhi were sent to Tihar Jail? Police had entered the University and one whole academic year had to be declared null and void," she said.

She further said, "Has Sonia Gandhi forgotten that during the Emergency, a brilliant student of REC, Calicut was tortured and despite a habeas corpus by his father, the student remains untraced till today? Does she hold herself and her party responsible for the then police excesses in Kerala? Does her heart weep for this boy or her tears are reserved only for a special group living at her backyard in Delhi. It is ironic that Sonia Gandhi speaks about breaking of the Constitution. What could be more untrue than this statement?"

Further criticising Gandhi, Sitharaman said, "Who can ever forget that the 'Kitchen Cabinet' drafted a Communal Violence Bill singularly aimed at targeting the Hindus of this country and to create communal tension. Congress politics of appeasement also made the then Prime Minister to remark that the minorities must have first claim on the resources of this country. It is worth recollecting that during the Emergency, after the tenure of Lok Sabha was over, holding a constitutionally untenable extended session, amendments to the Constitution`s Preamble were made in the Lok Sabha, which was held with brute force after putting all Opposition leaders in jail."

Sitharaman said that it is only "brazen and ironic" that Gandhi is talking about "breaking the Constitution".

"The BJP would like to remind her to look into the history of the party she heads. Has she forgotten the 1983 gruesome torture and mass murder of about 2000 people belonging to fourteen villages in Nellie, Assam? Has the Congress Party expressed remorse or taken action to punish those who killed those Bengali Muslims. Not one person has been punished for the crimes of Nellie, Assam till today. It is worth remembering that the power-hungry Congress party held a controversial state election against the wishes of many, in the midst of Assam agitation. Sonia Gandhi remained silent for all these years and had no thoughts for `peace, law and order`," Sitharaman said.

She added, "Why does the Congress party forget that it was its President who went to stand by the side of 'Break India' fringe groups in a Central University in Delhi? Would any of the past Congress presidents have even supported this? Yet she saw her son in the capacity of president of Congress party aligning with fringe groups which claim that they are 'waging a war against India'."

Sitharaman said that during the UPA regime, food inflation had reached double-digit, economic resources were beneficial only for the cronies and rampant corruption furthered poverty.

"It is unfortunate that the party which should be playing a responsible role in taking this country forward, is playing opportunistic politics," she said.