Sonia Gandhi was once again elected as the Congress Parliamentary Party (CPP) leader in the first meeting of the newly-elected Lok Sabha Congress MPs in the national capital on Saturday. 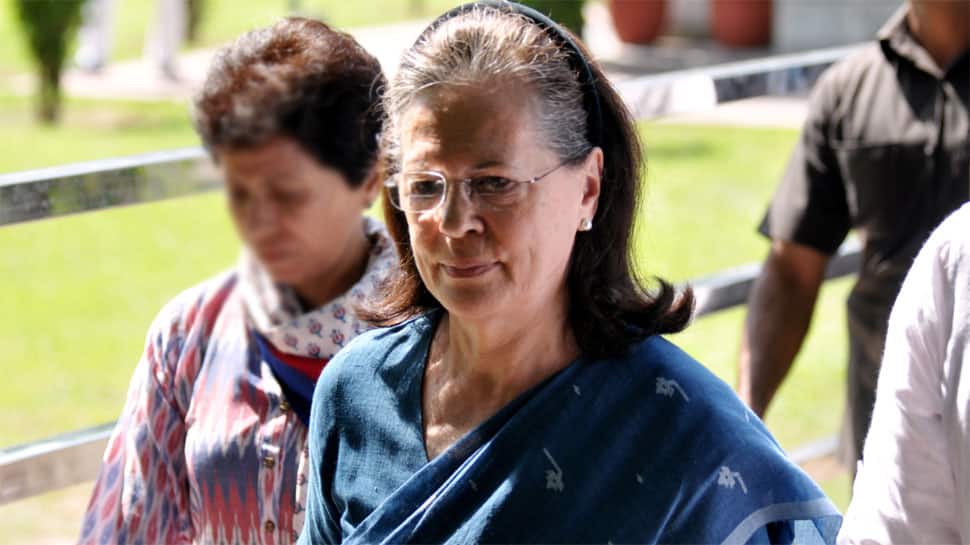 NEW DELHI: Sonia Gandhi was once again elected as the Congress Parliamentary Party (CPP) leader in the first meeting of the newly-elected Lok Sabha Congress MPs in the national capital on Saturday.

She says, ‘we thank the 12.13 Cr voters for reposing faith in the Congress Party’. pic.twitter.com/H4z9i3dN8B

Apart from Sonia, Congress chief Rahul Gandhi and 50 other Lok Sabha MPs were present in the meet. Congress Rajya Sabha MPs were also in attendance. The meeting was held in the central hall of Parliament.

As per reports, the lawmakers also brainstormed on the party's strategy for the upcoming session in Parliament. During electioneering, the Congress had been attacking the government over the issues of economic slowdown, unemployment and several other issues.

Congress received a massive drubbing in the Lok Sabha elections, winning just 52 seats. The party failed to win a single seat in several states, including Rajasthan, Gujarat, Uttarakhand, Himachal Pradesh and Delhi etc. Taking moral responsibility of the defeat, Rahul decided to quit as the party chief during the Congress Working Committee meeting last Saturday (May 25).

Saturday's CPP meet was the Congress chief's first official meeting following the party's working committee meeting on May 25, where he offered to quit from the president's post. Gandhi, who contested from two Lok Sabha constituencies this election, won from Wayanad but lost his traditional Amethi seat to BJP's Smriti Irani.