The members were protesting against the proposed Mekedatu Dam in Karnataka. 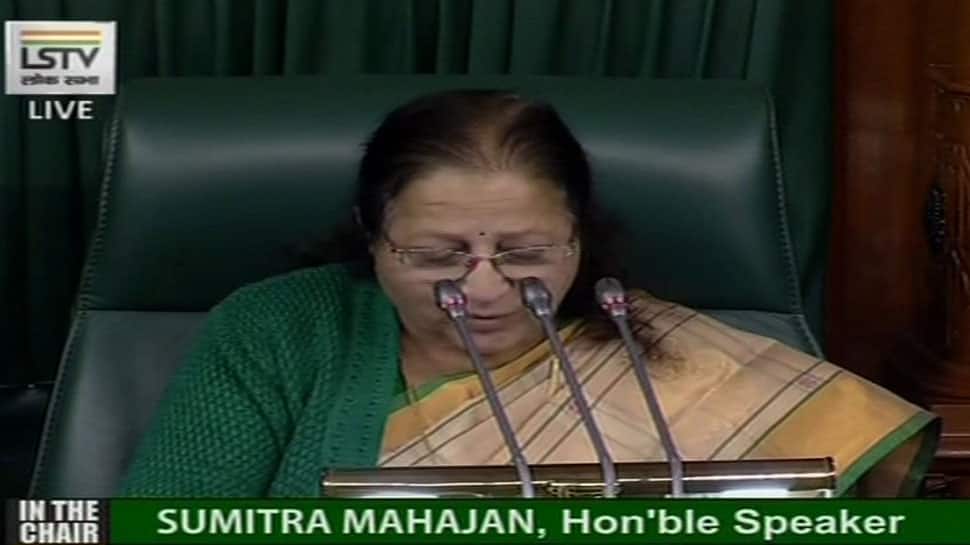 The MPs have been suspended for five sittings.

The AIADMK members trooped into the Well of the House and raised slogans demanding justice. The Tamil Nadu parties are protesting against the proposed Mekedatu dam in Karnataka on Cauvery, claiming that it will affect farmers in their state.

Speaking on the suspension, AIADMK leader M Thambidurai said, “Now elections are coming, so BJP wants to get some seats there, that is why they gave approval to Karnataka for Mekedatu dam project. Protesting is our democratic right, there has been no response from the government.”

The Rajya Sabha proceedings also witnessing repeated adjournments following sloganeering by Tamil Naidu members with Chairman M. Venkaiah Naidu asking several AIADMK and DMK members to withdraw from the House. With the proceedings resuming at 2 p.m. after several adjournments, Naidu identified the agitating members by their names and asked them to withdraw from the House for the day, and adjourned the House for 15 minutes. The members identified and asked to leave include DMK`s Kanimozhi and Tiruchi Siva, and the AIADMK`s A. Navaneethakrishnan, Vijila Sathyananth and K. Selvaraj.

The Lok Sabha proceeding also witnessed some heated exchange between Congress and BJP, both trading charges over Rafale fighter jets.