Pakistan has suspended Samjhauta Express services - one more jittery move in response to India revoking Article 370 in Jammu and Kashmir. 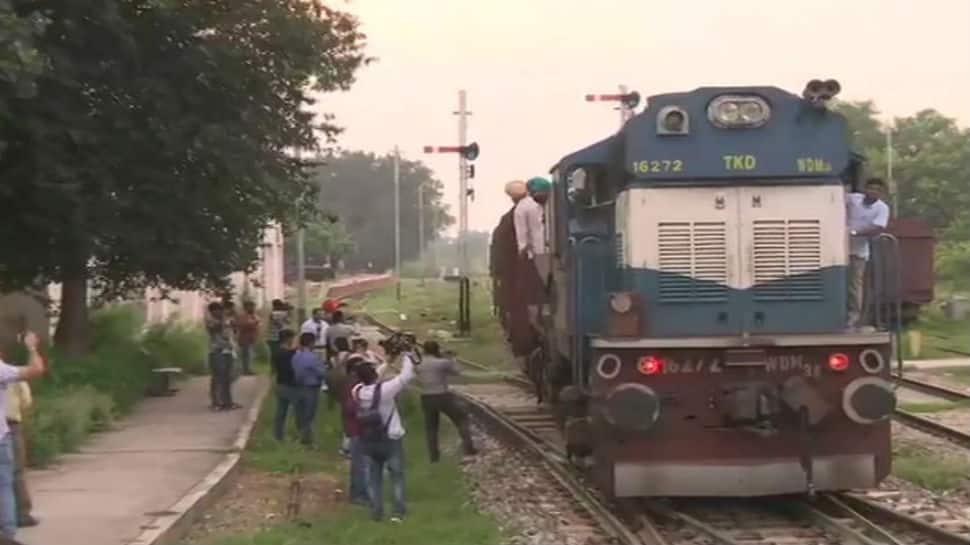 Indian Railway dispatched an engine, a driver and crew to bring back Samjhauta Express after it was stranded at Wagah because of security concerns. It is reported that the Pakistani crew had refused to proceed into India citing security concerns after the country suspended the service on Thursday afternoon.

The Superintendent of Attari Railway station, Arvind Kumar Gupta, said that the train was scheduled to reach India on early Thursday afternoon but reached Attari station only by evening after an Indian crew - with an engine - brought it back. The train had 110 passengers on board.

#WATCH Punjab: Samjhauta Express arrives from Pakistan, at Attari railway station. Railway crew & guard from India had gone with a train engine to Pakistan today after receiving a message from them that their driver & crew had refused to come to India. pic.twitter.com/MzGW1xaysu

The announcement to suspend the services was made by Pakistan through the country's Railway Minister Sheikh Rashid Ahmed. He had said that bogies of the train would now be used for Pakistani passengers travelling on the occasion of Eid.

The suspension of the Samjhauta Express by Pakistan is one more jittery move by the country in the aftermath of India revoking Article 370 in Jammu and Kashmir. While it is an internal matter of India, Pakistan has tried to put up a brave face and has sent back Indian High Commissioner Ajay Bisaria, dialled down diplomatic ties and suspended bilateral trade through Kashmir.

India, while asking Pakistan to reconsider the moves, has said that the country is attempting to present an alarmist vision. (Full report here)