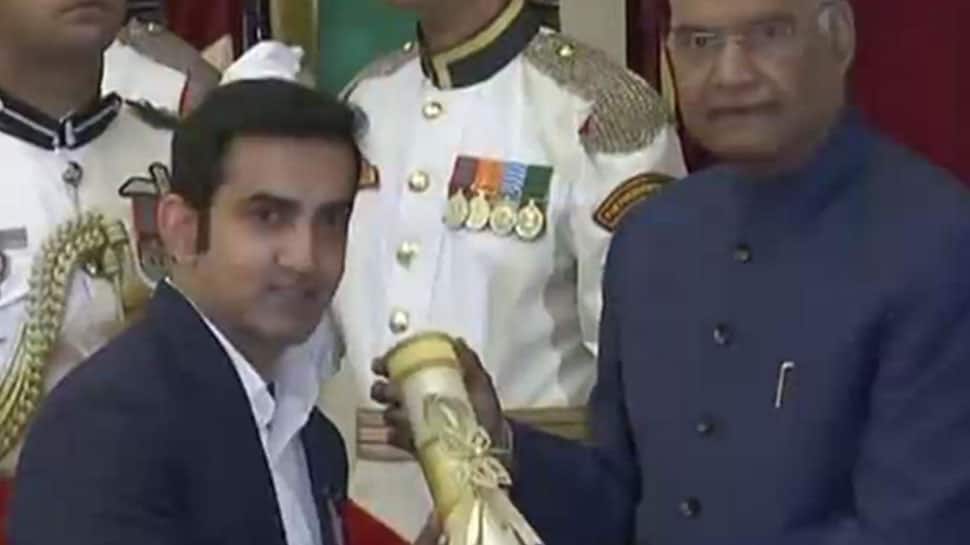 Cricketer Gambhir was conferred with Padma Shri – the country's fourth highest civilian award –for his immense and inspiring contribution to the game of Cricket.

Bachendri Pal, who was the first Indian woman to climb Mount Everest, was honoured with the country's third highest civilian award - Padma Bhushan.

The investiture ceremony was held at the majestic hall of the Rashtrapati Bhawan.

Padma Awards - one of the highest civilian awards of the country - are conferred in three categories, namely - Padma Vibhushan, Padma Bhushan and Padma Shri.

This year 112 personalities received the honour, out of which 56 personalities were given away the honour on March 11 and the rest were accorded with the awards on Saturday.