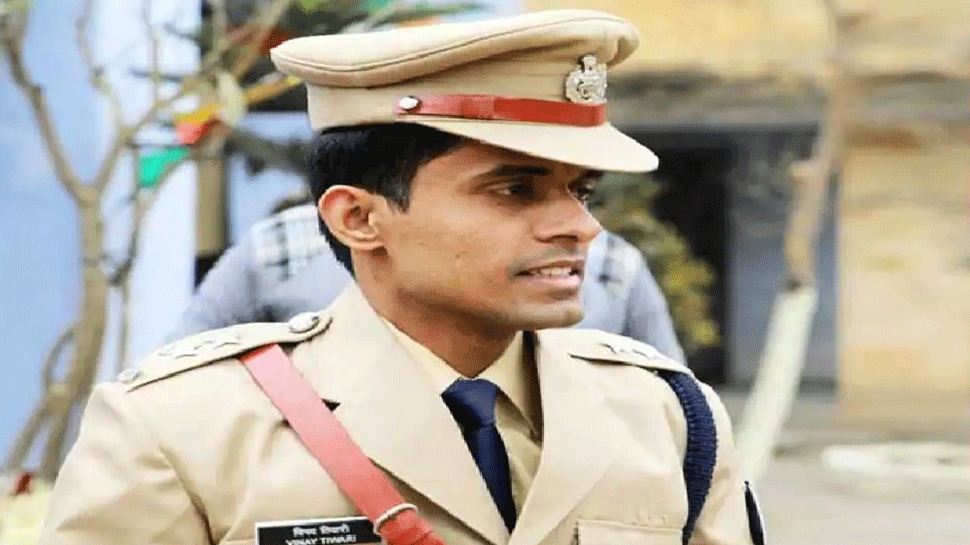 Mumbai: Mumbai's Brihanmumbai Municipal Corporation (BMC) on Friday (August 7)  released Bihar IPS officer Vinay Tiwari from quarantine and asked him to return back to Patna and resume duty on August 8. The step comes two days after the Sushant Singh Rajput death case was handed over to CBI. Bihar police had put several allegations on Mumbai police and alleged that the Bihar IPS was not quarantined but was placed under 'house arrest'.

The BMS statement read, ''The Municipal commissioner of MCGM has is asking to exempt IPS officer Vinay Tiwari from home quarantine to facilitate his return to Patna to resume his duties.'' 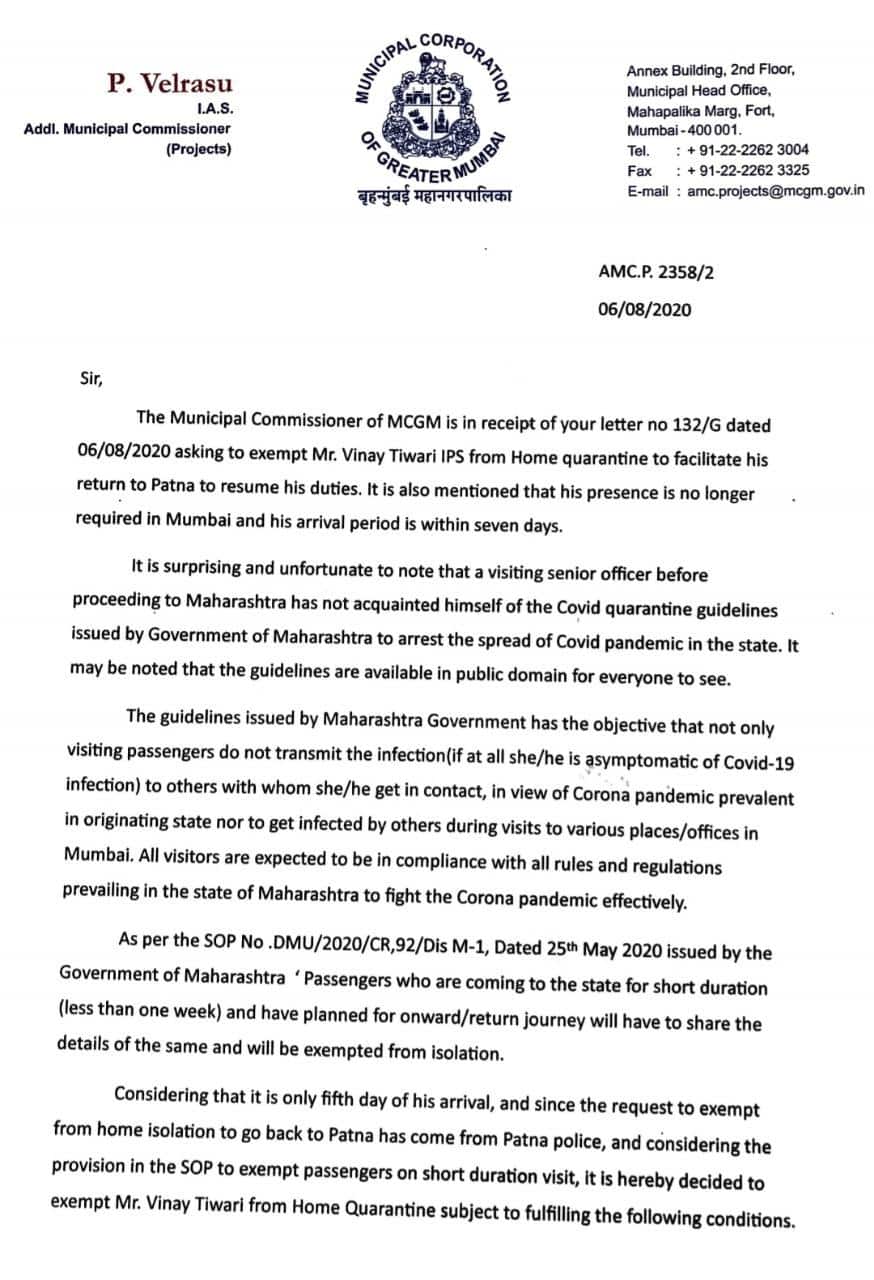 Soon after the IPS officer was released Bihar police chief Gupteshwar Pandey took to Twitter and said, ''Following the remarks of the Hon'ble Supreme Court, Bihar Police Headquarters wrote a letter to the Commissioner of BMC yesterday requesting them to release IPS officer Vinay Tiwari. He is released today and will return to Patna this evening. Thanks to BMC.''

On August 6, Bihar police chief Gupteshwar Pandey had warned of legal action if the IPS officer, was not released from "forcible quarantine" by the end of the day. Pandey expressed bewilderment over no positive response from the municipal authorities in Mumbai, whom he accused of keeping IPS officer Vinay Tiwari in virtual house arrest, despite being informed about the adverse remarks made by Supreme Court against their action.

It is to be noted that IPS Vinay Tiwari had gone to Mumbai to probe the actor Sushant Singh Rajput death case.Tiwari reached Mumbai from Patna on Sunday (August 2) to probe the case.

The case was handed over to India's premier investigation agency on Wednesday after Centre accepted Bihar government's request for a CBI probe. Bihar Chief Minister Nitish Kumar recommended the CBI probe into the case after Sushant's father KK Singh spoke to state Director General of Police (DGP) and gave his consent for the same.

Family, friends, and fans of Sushant were demanding a CBI investigation after he was found dead on June 14 at his home in Mumbai's Bandra. The case was being investigated by the Mumbai Police. However, on July 25, his father KK Singh, who resides in Rajiv Nagar locality of the city, lodged an FIR against Sushant's actress girlfriend Rhea Chakraborty with the local police station accusing her of abetment to suicide and mentally and financially exploiting the actor.