The late Congress leader served as the 9th Prime Minister of India between 1991 and 1996. 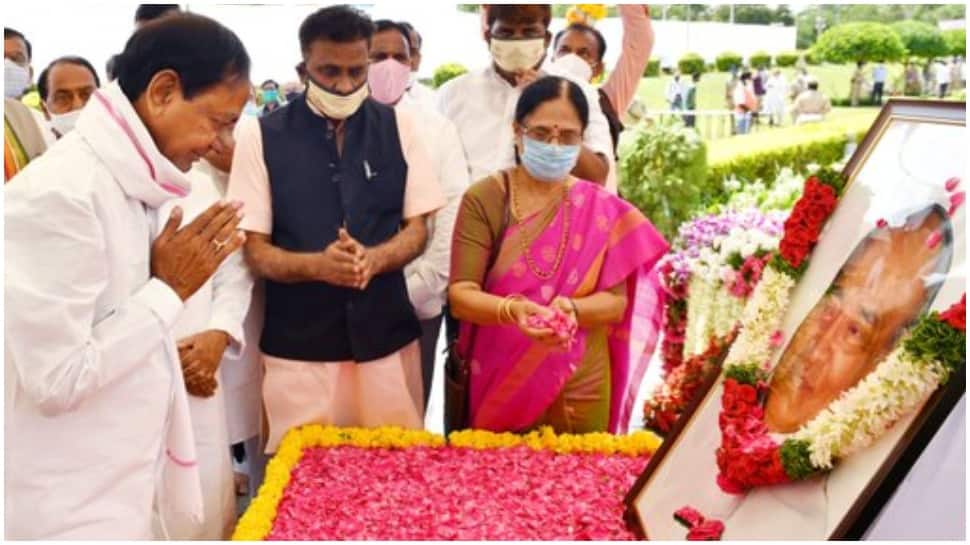 The State government also started a year-long centenary celebration of the former PM.

The late Congress leader served as the 9th Prime Minister of India between 1991 and 1996.

He is well known for introducing major economic reforms in the country by ending the license raj.

Earlier on Sunday, PM Modi also paid tributes to the former PM and called him 'a great son of India'.

Remembering him, PM Modi said that Rao led the country at a very crucial time in India's history. He added that Rao was a great political leader and a scholar.

He led India at a very crucial time in our history.

He was a great political leader and was a scholar. #MannKiBaat pic.twitter.com/F6DLHWkdoG

PM Modi said that the former PM Rao came from a humble background but he never accepted injustice and always fought against it from a very young age.

"He fought injustice from a very young age. I hope many more Indians will read more about our former Prime Minister, PV Narasimha Rao Ji," he said.

PM Modi also highlighted that Rao knew several Indian and foreign languages and was a man of broad vision.

"When we talk about PV Narasimha Rao ji, naturally, his image that emerges before us is that of a political leader, but it is also true that he was a polyglot! He used to speak many Indian and foreign languages," noted PM Modi.