The Chinese military is fast increasing its troops in areas around Pangong Tso lake and Galwan Valley along the Line of Actual Control in Ladakh, sending a clear signal that it was not ready to end its confrontation with the Indian Army anytime soon, people familiar with the situation in the disputed region said on Saturday. 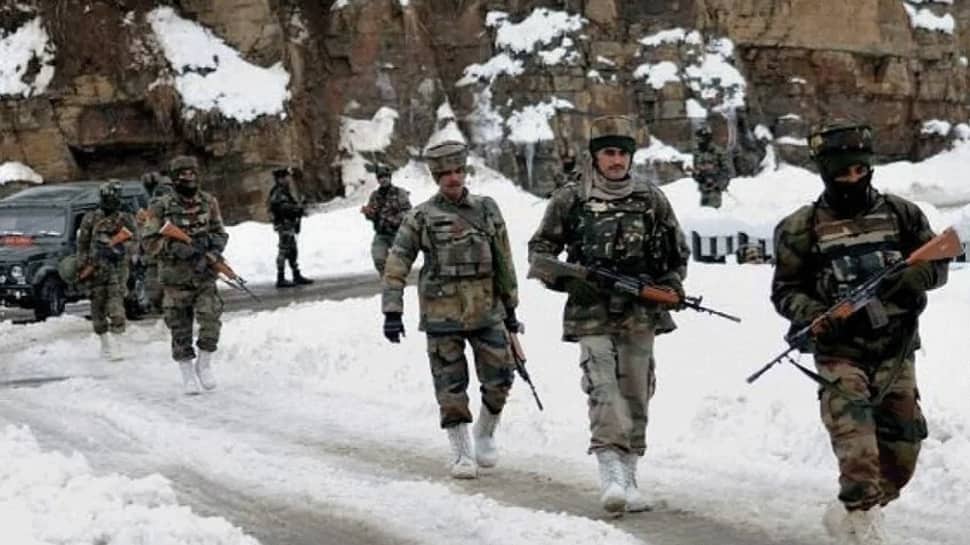 New Delhi: The Chinese military is fast increasing its troops in areas around Pangong Tso lake and Galwan Valley along the Line of Actual Control in Ladakh, sending a clear signal that it was not ready to end its confrontation with the Indian Army anytime soon, people familiar with the situation in the disputed region said on Saturday.

The Chinese side has particularly bolstered its presence in the Galwan Valley, erecting around 100 tents in the last two weeks and bringing in heavy equipment for construction of bunkers, notwithstanding the stiff protest by Indian troops, they said.

There have been reports of multiple incidents of transgressions by Chinese troops in several areas in Eastern Ladakh in the last one week, and soldiers from the two sides were involved in scuffles on at least two occasions, authoritative sources said.

It is learnt that the Chinese army forcefully stopped movement of Indian troops on several occasions when they were carrying out patrolling in Pangong Tso lake area this week.

In the midst of the escalating tension, Army Chief Gen MM Naravane paid a quiet visit to the headquarters of 14 Corps in Leh on Friday and reviewed with the top commanders the overall security scenario in the region including in the disputed areas along the LAC, the de-facto border between India and China.

The sources said the Indian Army has been matching up to the Chinese build-up in both Pangong Tso lake and Galwan Valley and that it is in a much advantageous position in certain other sensitive areas in the region.

The Indian troops are also resorting to "aggressive patrolling" in several sensitive areas including Demchok and Daulat Beg Oldi, they said.

The situation in Eastern Ladakh deteriorated after around 250 Chinese and Indian soldiers were engaged in a violent face-off on the evening of May 5 which spilled over to the next day before the two sides agreed to "disengage" following a meeting at the level of local commanders.

Over 100 Indian and Chinese soldiers were injured in the violence. The incident in Pangong Tso was followed by a similar incident in North Sikkim on May 9.

In the last one week, local commanders of both the sides held at least five meetings during which the Indian side took strong note of the People's Liberation Army (PLA) erecting a large numbers of tents in areas in Galwan Valley which India felt belonged to its side of the LAC, the sources said.

India on Thursday said the Chinese military was hindering normal patrolling by its troops and asserted that India has always taken a very responsible approach towards border management.

At a media briefing, External Affairs Ministry Spokesperson Anurag Srivastava also strongly refuted China's contention that the tension was triggered due to trespassing by Indian forces on the Chinese side.

India's response came two days after China accused the Indian Army of trespassing into its territory, claiming that it was an "attempt to unilaterally change the status" of the LAC in Sikkim and Ladakh.

On May 5, around 250 Indian and Chinese army personnel clashed with iron rods, sticks, and even resorted to stone-pelting in the Pangong Tso lake area in which soldiers on both sides sustained injuries.

In a separate incident, nearly 150 Indian and Chinese military personnel were engaged in a face-off near Naku La Pass in the Sikkim sector on May 9. At least 10 soldiers from both sides sustained injuries.

The troops of India and China were engaged in a 73-day stand-off in Doklam tri-junction in 2017 which even triggered fears of a war between the two nuclear-armed neighbours.

Both sides have been asserting that pending the final resolution of the boundary issue, it is necessary to maintain peace and tranquillity in the border areas.

China has been critical of India's reorganisation of Jammu and Kashmir and has particularly criticised New Delhi for making Ladakh a union territory. China lays claim over several parts of Ladakh.

In the summit, the two leaders decided to issue "strategic guidance" to their militaries to strengthen communications so that they can build trust and understanding.

PM Modi and Xi held their second informal summit in Mamallapuram near Chennai in October last year with a focus on further broadening bilateral ties.