Just a day earlier two terrorists were killed by security forces in an encounter in Jammu and Kashmir's Budgam. 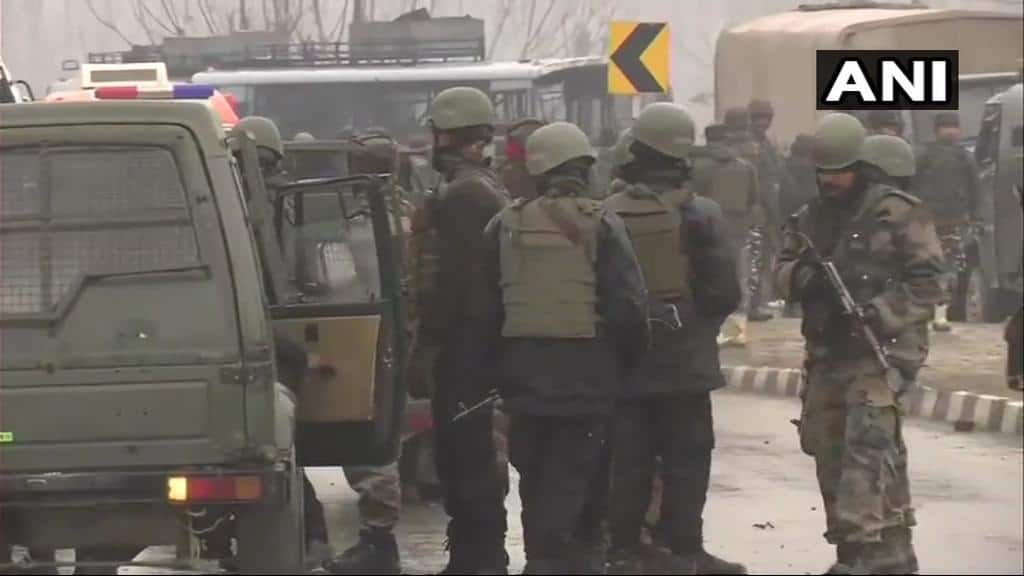 Srinagar: At least 44 Central Reserve Police Force (CRPF) soldiers of the 76 Battalion were martyred and several others injured when terrorists blasted their convoy using IED in Lethpora area of Pulwama's Awantipora on Thursday afternoon. According to news agency PTI, officials said that Jaish-e-Mohammed has claimed responsibility for the IED blast targeting the bus carrying CRPF personnel.

The IED was planted in a car on the road and as soon as the vehicle carrying 20 soldiers came near it at around 3:20 pm, the terrorists triggered the blast. The terrorists then opened fire on the vehicle, which was going towards Srinagar from Jammu. The blast was so powerful that several soldiers were thrown several metres away from the bus which was completely shattered and wrecked.

More security forces have been rushed to the area and the spot where the convoy was hit has been cordoned off by the soldiers.

Incriminating material, including arms and ammunition, were recovered from the site of encounter. The identities and affiliations of the terrorists who were killed are yet to be identified.

"Based on a credible input about the presence of terrorists in the Gopalpora area of Chadoora in Budgam district, a cordon and search operation was launched in the intervening night (of Tuesday and Wednesday)," a police spokesman said.

He said when the search operation was underway, the terrorists fired on the security forces. The search party retaliated and it led to a gunfight in which the two terrorists were killed.