Time for talks is over, world needs to act now: PM Modi at UN summit on climate change

Talking about India's climate change policies, PM Narendra Modi said that respect for nature is part of the tradition and need and not greed has been New Delhi's focus. 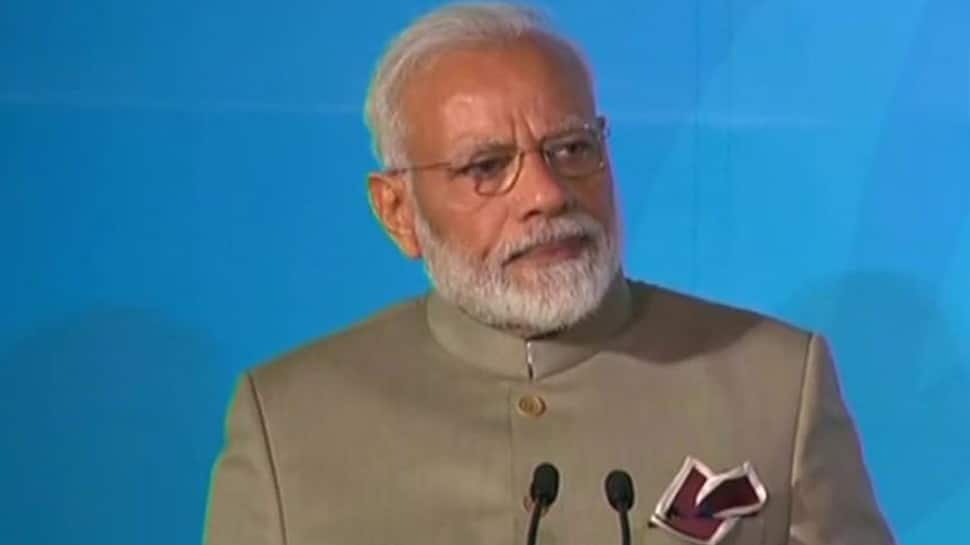 New York: Prime Minister Narendra Modi's first engagement at the United Nations was at UN Climate Action Summit on Monday during which he called for a global movement to bring about change saying "time for talks is over, the world needs to act now." "What is needed is a comprehensive approach that covers education, lifestyle, development strategy. We need global people's movement to bring about change. We believe that an ounce of practice is worth more than a ton of preaching," the prime minister said.

Talking about India's climate change policies, PM said, "respect for nature is part of the tradition and need and not greed" has been New Delhi's focus. He highlighted how India is increasing its renewable energy in overall energy basket and aim is to "increase its renewable energy capacity to 175 GW by 2022". PM Modi talked about "a call for people's movement to end the usage of single-use plastic" in India, saying, "this will create awareness at the global level against single-use plastic".

The prime minister said that Indian government has already started the jal jeevan mission for water conservation, rain water harvesting and for the development of water resources and noted that India is going to spend USD 50 million on this.

PM Modi was the 3rd speaker at the climate change summit, after Prime Miniter of New Zealand and President of Marshall Islands. The prime minister will also inaugurate the Gandhi Solar Park at the United Nations headquarters on Tuesday as part of 150th birth anniversary of Mahatma Gandhi celebrations. The park has 193 solar panels, one for each member country of the United Nations.

Meanwhile, US President Donald Trump made a sudden appearance at the UN Climate Change summit. He entered the room when PM Modi was delivering his speech. It is to be noted that Trump, who is known for not to be keen on climate action policies, had initially planned to skip the event.