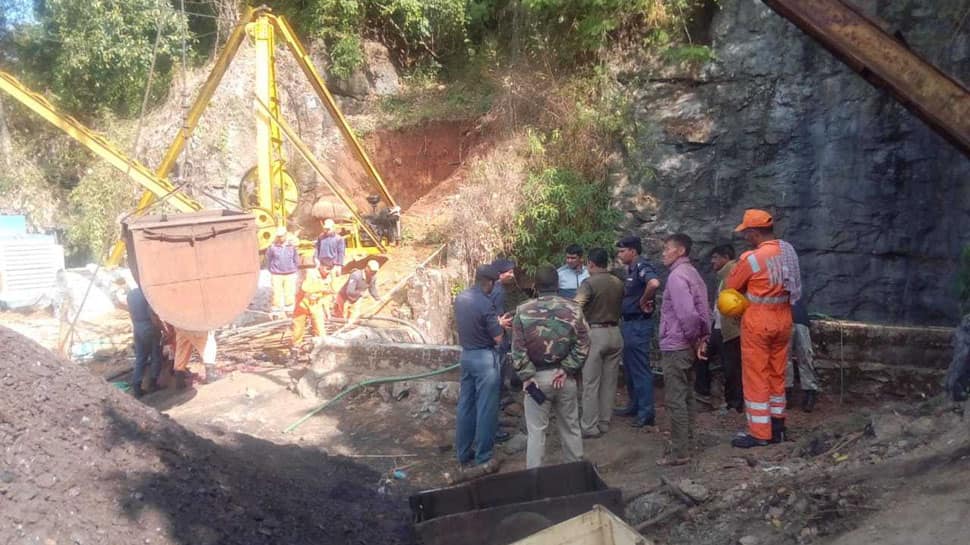 The fate of the miners, who are trapped inside a flooded coal mine in Ksan village, about 130 from Meghalaya`s capital Shillong, for the last 20 days still remains unknown.

The dewatering of the coal mine resumed nine days after the district administration temporarily suspended the pumping out of the water on Saturday last week following the two 25 horsepower pumps, which were pressed into service became ineffective.

"The Odisha firemen have pumped out water from an abandoned coal mine located about 500 metres of the main shaft, where the 15 miners are trapped," Rescue Operations Spokesperson, R Susngi, said.

Susngi said the Odisha firefighters will continue dewatering the coal mine on Wednesday to determine the water level at the main shaft.

On Monday, Indian Navy divers had located a wooden structure, coal lying beneath and one rathole with coal at its mouth inside the flooded mine. They had requested for dewatering the flooded mine so that the divers could dive to the bottom of the 370-feet-coal pit.

"We are hopeful that we can drain out more water after high-capacity submersible pumps - that can pump out 500 gallon of water per minute - of Coal India Limited has reached the site. High-capacity pumps of Kirloskar Brothers Limited are also expected to reach the site by Wednesday," Susngi said.

The accident inside the illegal coal pit on December 13 was of significance, especially because the National Green Tribunal (NGT) had ordered an interim ban on "rat-hole" coal mining in the state effective April 17, 2014.

Chief Minster Conrad Sangma had promised that "appropriate action will be taken at appropriate time against the people who are involved in the illegal mining and this is not acceptable to us."