Peace meetings were being organised in each of the 23 sub-divisions and all 58 blocks to maintain harmony in the state, where tribals constituted one-third of the four million populations, he said. 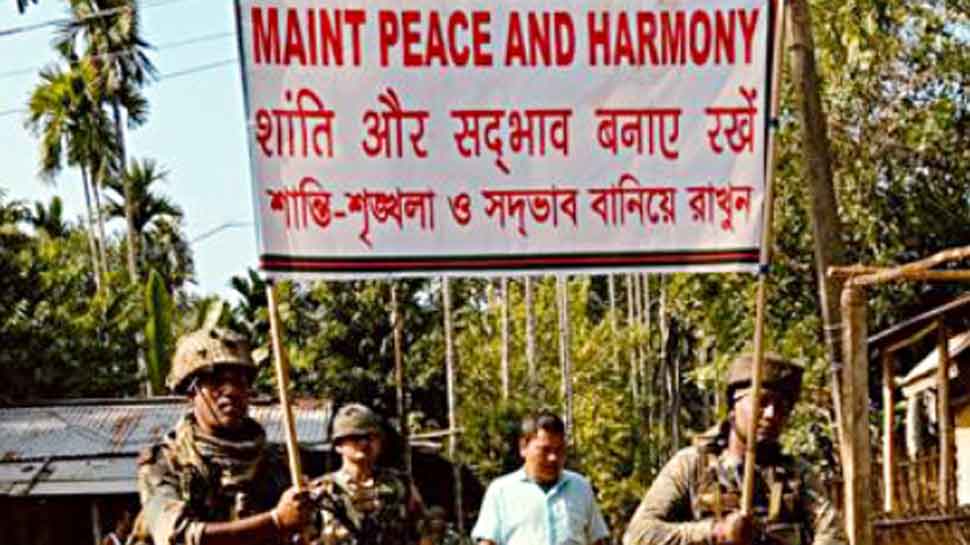 Agartala: Though there have been no fresh incidents, prohibitory orders have been promulgated in three sub-divisions in northern Tripura as precautionary measures in the wake of the amendment to the Citizenship Act.

"The Dhalai district administration as precautionary measures has promulgated the prohibitory orders 144 CrPc in three sub-divisions - Longtharai Valley, Ambassa and Gandachara. Some troopers of the Assam Rifles and the Border Security Force (BSF) along with the Tripura State Rifles (TSR) are patrolling these three tribal-dominated areas," a police official said.

Peace meetings were being organised in each of the 23 sub-divisions and all 58 blocks to maintain harmony in the state, where tribals constituted one-third of the four million populations, he said.

The Joint Movement Against Citizenship (Amendment) Bill (JMACAB), a group of many tribal parties, led by the Indigenous Nationalist Party of Tripura (INPT) called off the agitation on December 11 after a meeting with Tripura Chief Minister Biplab Kumar Deb.

On Thursday, Union Home Minister Amit Shah separately met top leaders of the Indigenous People`s Front of Tripura (IPFT), junior ally of the ruling BJP, and the Tripura People`s Front (TPF), in New Delhi and discussed the new Act and other issues.

The IPFT has been agitating since 2009 for creation of a separate state by upgrading the TTAADC, which has jurisdiction over two-thirds of Tripura`s 10,491 sq km area, home to over 12,16,000 people, mostly tribals.