With Prime Minister Narendra Modi's quick response, a Muslim girl name BB Sara, who hails from Karnataka’s Mandya, is now able to fulfil her dream of completing her education. 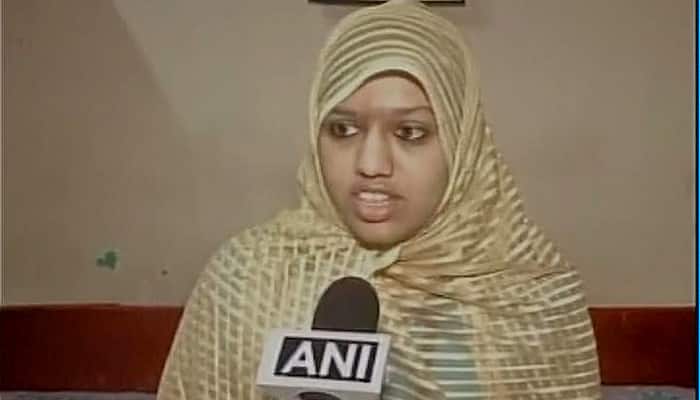 Bengaluru: With Prime Minister Narendra Modi's quick response, a Muslim girl name BB Sara, who hails from Karnataka’s Mandya, is now able to fulfil her dream of completing her education.

Sara, an MBA student, had applied for a loan from Central Bank of India in order to meet her educational finances.

However, to her dismay the bank refused to sanction the loan, saying she had not paid the loans that had been taken earlier, so further financial assistance cannot be provided.

Thereafter, she decided to write a letter to PM Modi and seek help.

Within no time, the Prime Minister's Office intervened into the matter and helped her get a loan from Vijaya Bank.

Sara wishes to meet the PM in person and thank him for the kind gesture.

Speaking to news agency ANI Sara said, when she applied for the loan, the bank refused in spite of her good score, saying how will she repay as her father works at a sugar factory.

When asked to comment on PM Modi, she said, “I was confident that PM will respond but did not expect that the action would be so fast.”=

Sara confirmed that she received a reply from the PMO just 10 days after she appealed to PM modi for help.