Energy will be a key topic of discussion when the PM Modi meets Russian President Vladimir Putin for the Eastern Economic Forum and annual India-Russia summit. 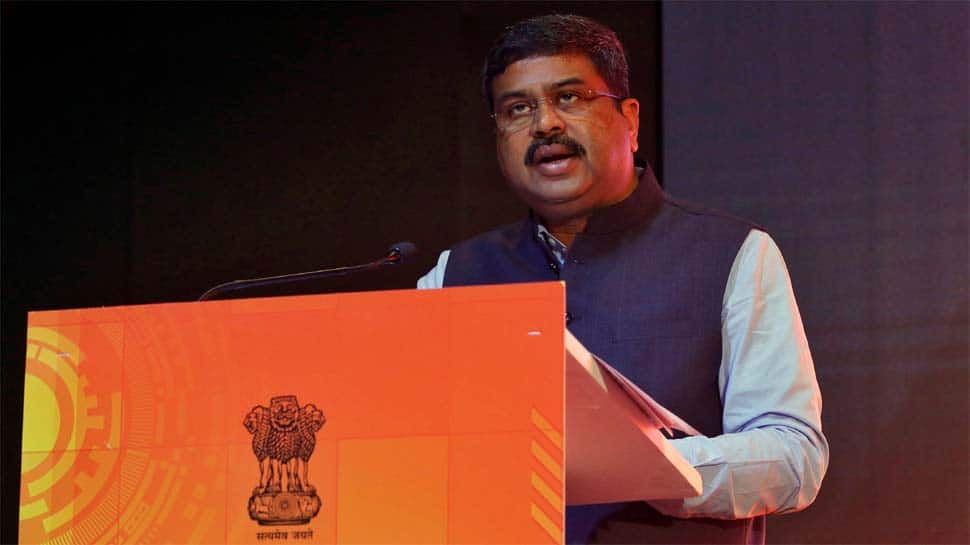 Moscow: Continuing the series of back to back visits from India to Russia in the last fortnight, India's Energy Minister Dharmendra Pradhan will be in Moscow for a two-day visit starting Thursday, August 29. Earlier this week, India's external affairs minister S Jaishankar was in Moscow while National Security Advisor Ajit Doval visited last week.

This is Pradhan's first overseas’ visit after he took charge of office earlier this year.

The minister will meet his counterpart Russian Energy Minister Alexander Novak and review energy sector cooperation between the two nations. He will be accompanied by heads of state-owned oil companies such as Indian Oil Corporation.

"Minister of Petroleum and Natural Gas & Steel together with Russian Energy Minister will participate in an Energy Dialogue with Russian and Indian Oil & Gas and Steel Companies," a release from the petroleum ministry said.

Energy will be a key topic of discussion when the Indian Prime Minister Narendra Modi meets Russian President Vladimir Putin in the far eastern city of Vladivostok for the Eastern Economic Forum and annual India-Russia summit.

Both sides are working towards the realisation of an "energy bridge" and Indian companies have invested more than $5.5 billion in Russian oil and gas sector. ONGC Videsh Ltd along with Oil India and IOCL have invested in Vankor Field in eastern Siberia. The energy minister will also talk about cooperation in oil and gas, steel and coal sectors between the two countries.

Pradhan will also hold a meeting with Yury Trutnev, Deputy Prime Minister of the Russian Federation or the President's envoy to Far Eastern Federal District. The region's capital Vladivostok is rich in mineral resources and ahead of PM's visit four chief ministers – Goa, Gujarat, Haryana, and Uttar Pradesh – and commerce minister Piyush Goyal have visited that the city to increase collaboration.