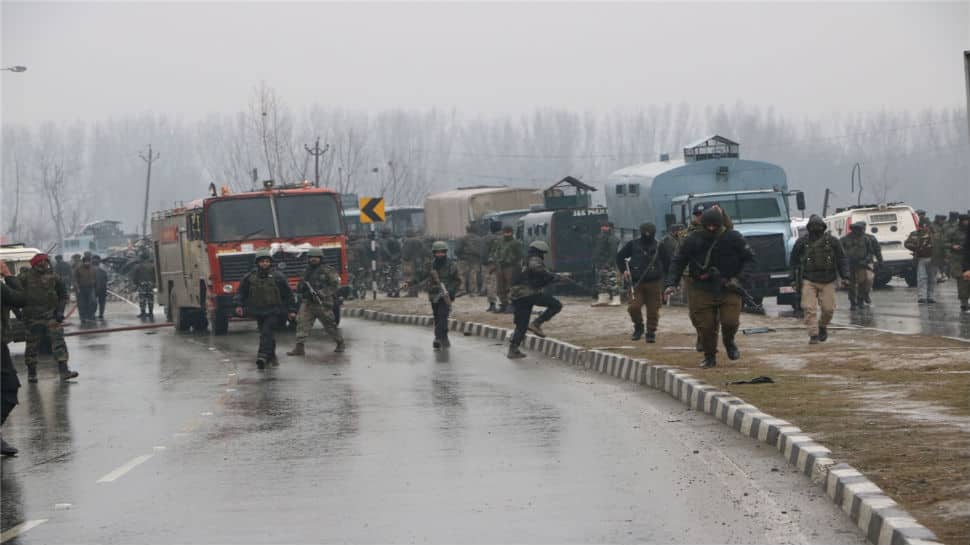 Heavily-armed terrorists targeted Indian Army brigade headquarters in Uri in 2016 in what was the deadliest attack on security forces in J&K in two decades. Three years later - on Thursday - the Central Reserve Police Force was targeted with at least 44 of its personnel martyred in a dastardly car suicide attack. Both attacks, while different in planning and execution, once again expose the unfortunate reality of how security forces pay a heavy toll to secure the country.

The Uri attack involved four terrorists who reportedly lobbed several grenades in a pre-dawn ambush, killing 17 Indian Army personnel, before being gunned down. The attack in Awantipora reportedly had one terrorist in an explosive-laden car which was rammed into a CRPF bus. At least 39 personnel were martyred. While India blamed Jaish-e-Mohammed for the Uri attack, the same terror group brazenly accepted responsibility for the Awantipora attack.

In the immediate aftermath of both attacks, condemnation was strong and political leaders cutting across party lines expressed their sympathies for families of those martyred and of those injured. PM Narendra Modi, Home Minister Rajnath Singh and National Security Advisor Ajit Doval took stock of the security situation immediately after both attacks.

More importantly, the national outrage at the precious lives lost is at its absolute pinnacle with calls for revenge and for punitive action against Pakistan - a country that is infamous for its support to anti-India terror outfits like JeM.

In the aftermath of the Uri attacks, India cancelled its participation in the 19th SAARC Summit which was to be held in Islamabad. Afghanistan, Bangladesh and Bhutan too pulled out.

Significantly, the Indian Army conducted retaliatory surgical strikes to avenge the Uri attack by crossing the Line of Control and destroying terror launch pads in Pakistan-occupied-Kashmir. Now, the demand for such an action to avenge Awantipora is gathering steam, as is the call for punishing Pakistan.

Condemnation and retaliatory strikes aside, terror attacks in Jammu and Kashmir have indeed taken a toll on security forces here. 95 security personnel were martyred in 2018, up from 83 in 2017. Terrorists have made no distinction between the army and paramilitary forces. With support in the form of weapons, money and training from Pakistan's ISI and its army, terror outfits like JeM have managed to carry out several unfortunate strikes like the ones in Uri and Awantipora.

Yet to come across any evidence supporting sedition charges against AMU students: Police