US weapons won't give New Delhi an edge over Beijing: Chinese media

The US is trying to “tie New Delhi to its chariot”, but it cannot bring about “India's rise or act as a viable bargaining chip,” the Global Times said. 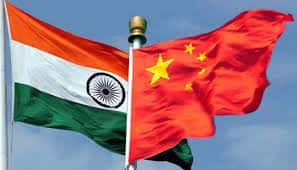 New Delhi: American weapons will not give New Delhi a 'bargaining chip' in handling its China relations because it is a US attempt to impose its Asia strategy on India, a state-run Chinese media said in an editorial on Monday.

The US is trying to “tie New Delhi to its chariot”, but it cannot bring about “India's rise or act as a viable bargaining chip,” the Global Times said.

India will have to rely on itself rather than a few weapons the US is trying to sell to it for its own ambitions, the article said, adding the progress of US-India relations is subtly connected to the development of China-US ties.

“New Delhi's status in Asia should not be determined by Washington's China strategy,” it said.

“While Beijing has not considered India a factor in handling its ties with Washington, the Washington-New Delhi relationship has taken the need to contain China into account,” the opinion piece said.

“But compared to New Delhi, Beijing is more determined and capable not to be manipulated when handling its relations with other countries.

“India would be more mature if it could view high-level exchanges with the US without regard for any perceived need to contain China, it said.

Referring to the Doklam standoff, the article said India and China showed maturity in handling the crisis and proved both have the “capability to eliminate exterior interventions and diplomatically handle crises”.

No reports of any Indian affected in Las Vegas shooting: MEA