To commemorate Navy Day on December 4, every year the Eastern Naval Command (ENC) showcases the Indian Navy`s operational capabilities and activities, which it undertakes on the high seas with an operational demonstration at RK Beach. 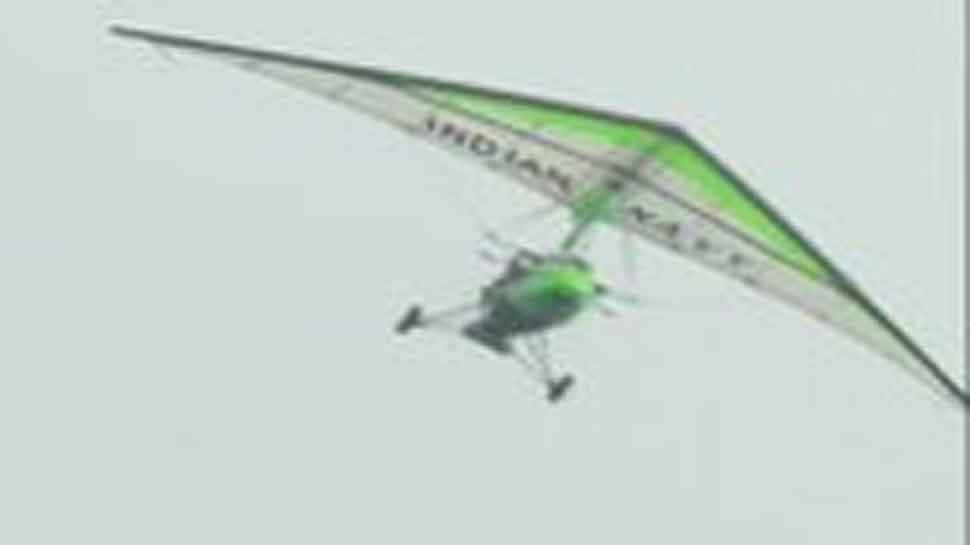 Visakhapatnam: As part of the navy day preparations, the rehearsals for the operational demonstration was organised on Monday to give the public an opportunity to have a closer glimpse at the multifarious activities of the navy and the challenges, which naval personnel experience at sea.

To commemorate Navy Day on December 4, every year the Eastern Naval Command (ENC) showcases the Indian Navy`s operational capabilities and activities, which it undertakes on the high seas with an operational demonstration at RK Beach.

Andhra Pradesh: Rehearsals for the operational demonstrations, ahead of the Navy Day, were done in Visakhapatnam yesterday. Navy Day will be commemorated on December 4th. pic.twitter.com/TNz0lSR8li

The ENC has also issued flight safety advisory for the same. For this year's celebration, Chief Minister YS Jaganmohan Reddy will be the chief guest on Navy Day. A large number of aircraft will be flying over RK Beach as part of the final operation display on December, 4.

Indian Navy has requested the public visiting the beach and residents in the neighborhood to keep the area free from litter and to avoid bringing food items to the beach. Such activities will attract birds and can pose a major hazard to aircraft.

Every year, December 4 is celebrated as Navy Day to commemorate the decisive naval action by the Indian Naval ships on Karachi Port, which heralded the victory of India over Pakistan in the Indo-Pak War of 1971.

This year the theme of the Navy Day is 'Indian Navy-Salient, Strong and Swift'.