Rajeev Saxena was earlier granted bail by the court on medical grounds after perusing reports submitted by AIIMS. 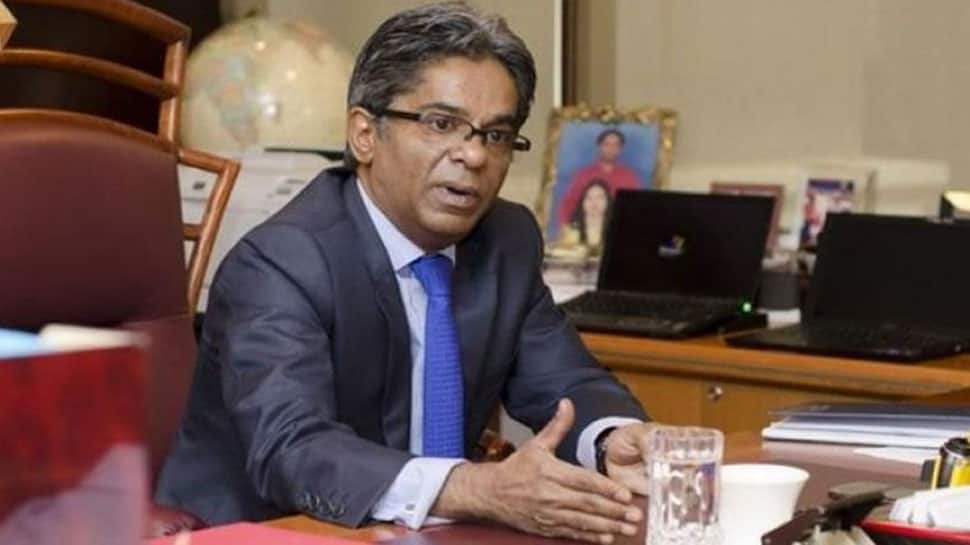 New Delhi: Rajeev Saxena, who was arrested in the Rs 3,600-crore AgustaWestland money-laundering case, Wednesday moved a Delhi court to become an approver in the case. Special Judge Arvind Kumar sought the Enforcement Directorate's response on Saxena's plea.The court has posted the matter for hearing tomorrow.

Saxena, who was present in the court, moved his application directly, saying it was "out of free will" and "without any coercion" and prayed that he "will make a full disclosure subject to the grant of pardon".

"The applicant humbly prays, without prejudice to his defence, that he may be granted pardon approver under Section 306 of the Code of Criminal Procedure, 1973 subject to the condition that he will make a full disclosure, to the extent, the facts are within his knowledge of which he will make a true and proper disclosure subject to the grant of pardon," his application said.

"The applicant has made a clean breast of the entire facts as known to the applicant with regard to the complaint pertaining to the AgustaWestland helicopters filed by the Directorate of Enforcement to the extent known to him," the application said.

Saxena was earlier granted bail by the court on medical grounds after perusing reports submitted by AIIMS. The court had said that it was clear from the medical record submitted by AIIMS that Saxena was suffering from a number of serious ailments including blood cancer and needs constant medical checkups.

Saxena, who is in custody since January 31 after his deportation from Dubai, said in his bail plea that when all the other accused in the case, including Gautam Khaitan, Ritu Khaitan and S P Tyagi were out on bail, there could be "no justification" to deny him the same relief.

Saxena, a director of two Dubai-based firms - UHY Saxena and Matrix Holdings - is one of the accused named in the charge sheet filed by ED in the AgustaWestland case. Christian Michel, former AgustaWestland and Finmeccanica directors Giuseppe Orsi and Bruno Spagnolini, former Air Force chief SP Tyagi and Saxena's wife Shivani have also been named by the agency in the chargesheet.

The ED had alleged that in connivance with Khaitan, Saxena provided a global corporate structure for laundering illegal proceeds of the crime for payment to various political persons, bureaucrats and Air Force officials to influence the contract to supply 12 VVIP helicopters in favour of AgustaWestland.

Saxena was residing in Palm Jumeriah, Dubai and has been living in the UAE for last 26 years. Maintaining that AgustaWestland had paid Euro 58 million as kickbacks through two Tunisia-based firms, the ED has alleged that "these companies further siphoned off the said money in the name of consultancy contracts to M/s Interstellar Technologies Limited, Mauritius and others which were further transferred to M/s UHY Saxena and M/s Matrix Holdings Ltd, Dubai and others".

It was alleged by the probe agency that the two Dubai-based firms were the entities "through which the proceeds of crime have been routed and further layered and integrated in buying the immovable properties/ shares, among others" in this case.

On January 1, 2014, India had scrapped the contract with Finmeccanica's British subsidiary AgustaWestland for supplying 12 AW-101 VVIP choppers to the IAF over alleged breach of contractual obligations and charges of kickbacks of Rs 423 crore paid by it to secure the deal.

Arun Jaitely refers to US' strike on Pakistan, says India can also recreate Abbottabad like attack