People's love and support will protect me: Modi in Assam on Rahul's 'danda' remark

The visit comes days after the state government signed a tripartite agreement with representatives of all factions of the banned National Democratic Front of Bodoland (NDFB) and the Ministry of Home Affairs (MHA) in New Delhi. 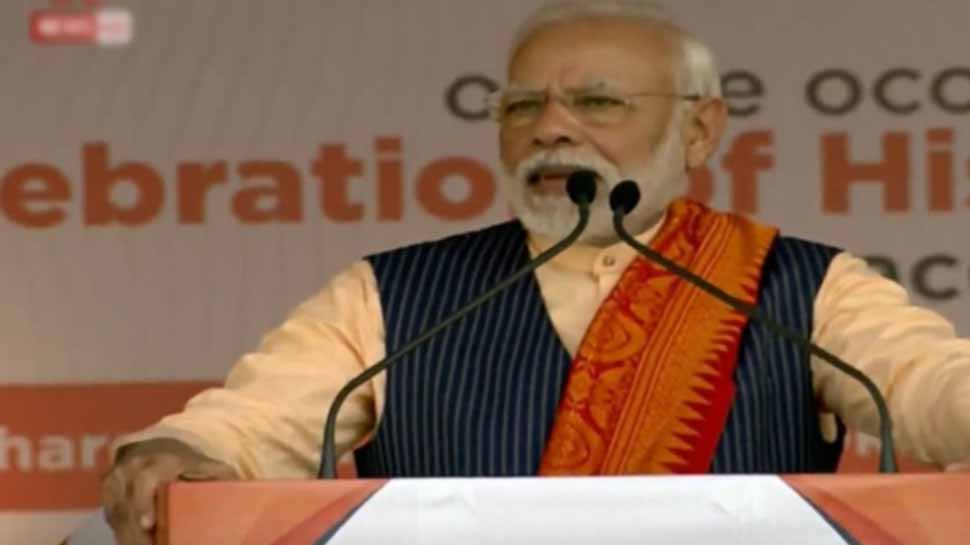 At the event, he said, "I welcome you, the peace-loving Assam, peace and development loving Northeast, to the new resolutions of New India."

He further expressed his gratitude to the Assam government and Assam student body for the success in the signing of the accord. "Today is the day to congratulate the commitment of all the young cadres associated with the All Bodo Students Union (ABSU), National Democratic Front of Bodoland (NDFB), BTC Chief Shri Hagrama Mohilary and the government of Assam, who played a very positive role for this agreement," he said.

Taking a dig at Congress leader Rahul Gandhi, who recently said that PM Modi will be beaten with sticks for his policies, Modi said, "Sometimes people talk about beating me with sticks, with the love and support of mothers such as yourself no matter how many times I am beaten nothing will happen. Today I have come to embrace you from the bottom of my heart."

The visit comes days after the state government signed a tripartite agreement with representatives of all factions of the banned National Democratic Front of Bodoland (NDFB) and the Ministry of Home Affairs (MHA) in New Delhi on January 27. It is the first visit of Prime Minister Modi since the state witnessed anti-Citizenship Amendment Act (CAA) protests.

Over four lakh people from the Bodoland Territorial Area District (BTAD) districts and all over Assam are expected to attend the programme, a government release said.

The Bodo groups have been demanding a separate state of Bodoland for the last 50 years. The movement has resulted in extensive violence and loss of hundreds of lives over the years. The Assam government will organise a cultural programme of ethnic groups of the state to showcase the diversity of the region.

The Prime Minister will also address the gathering to hail the historic Bodo Agreement signed in January this year, by including the leading stakeholders under one framework. He had said that the agreement is inspired by the mantra of "Sabka Saath, Sabka Vikas, and Sabka Vishwas" and the spirit of "Ek Bharat, Shresth Bharat".