The  National Conference leader said that Delhi thinks we would not do anything, adding "Centre has created such an atmosphere here that we have no option but to come together and save the state." 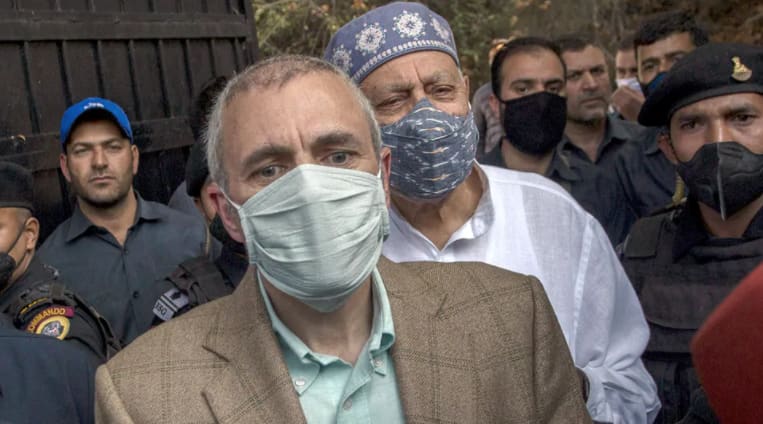 Jammu: Former chief minister and National Conference leader Omar Abdullah on Thursday (October 29) said that it would be shameful if we go after the power because people will never forgive us if we do something like that, lodging his protest against the recently amended laws to allow people from outside Jammu and Kashmir to buy land in the Union Territory.

The National Conference leader said, "It’s a shame if we go after the power, people will never forgive us if we do something like that. Wish this coming together of parties would have happened earlier."

"What do they want? Should we leave the mainstream? Within law asking for our rights is anti-national?" asked the NC leader.

"Delhi thinks we would not do anything. How will we face the people? Centre has created such an atmosphere here that we have no option but to come together and save the state," he added.

"We still don’t believe the political condition in the valley, if we are still the same. Everything changed after august 5. We were talking about elections and now we are trying to save our identity. We have been forced to get together and fight for the rights. We are not counting seats anymore, this fight is not about power or chief ministership."

According to Omar Abdullah, "there are so many states where people can’t buy land. From the rest of the country cannot buy land. If we are talking against this law, we are being called anti-national."

"These special laws and status were given at the time of Maharaja. These Delhi people, while talking to Nagaland who refuse law and flag of the country, have accepted them as it is. People of a certain party were allowed to take protest in Jammu and they are allowed. The same party took our protest in Srinagar and the workers were put behind bars."

Heavy rainfall in parts of Chennai, more predicted for next 24 hours