Will continue to fight for Amethi, says Rahul on his first visit to constituency after defeat

During his daylong visit to Amethi, Rahul Gandhi met party workers at Nirmala Devi Educational Institute in Gauriganj to review the reason behind his defeat in Lok Sabha poll. 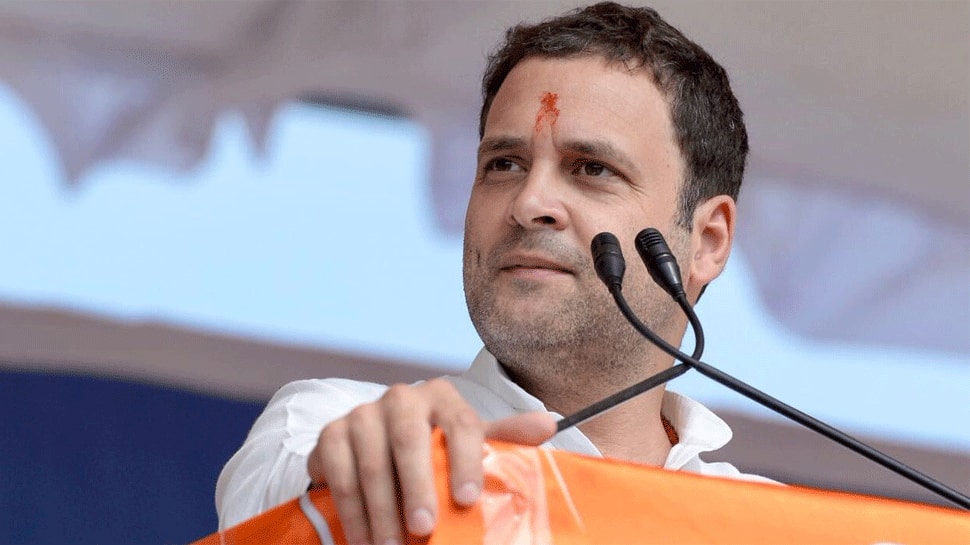 During his daylong visit to Amethi, the former Congress president met party workers at Nirmala Devi Educational Institute in Gauriganj to review the reason behind his defeat in Lok Sabha poll. Rahul appeared quite emotional during the meeting and told the Congress office-bearers that though he is no longer an MP from Amethi but he will always remain available for the people of the constituency.

Rahul also said during the meeting Congress workers were also responsible for his defeat from Amethi. "The development of Amethi will not be hampered. I am the MP from Wayanad, but my ties with Amethi are three decades old. I will fight for Amethi in Delhi," Gandhi told party workers.

The Congress leader said that Prime Minister Narendra Modi, Uttar Pradesh Chief Minister Yogi Adityanath and Amethi MP Smriti Irani are all from BJP and they should work for the development of Amethi. The Gandhi scion noted that he loves to work while sitting in opposition and now Congress will have to work as opposition in Amethi. Rahul told party workers that everyone is aware of the condition of economy and unemployment.

He added that people are also aware of those who are involved in corrupt practices. During the meeting, Gandhi stressed that there is no dearth of issues but Congress workers must remain in touch with common people in order to earn their trust. Rahul ended the meeting by saying that he will keep coming to Amethi but since he is now an MP from Wayanad he will spend more time there because he will have to work for the development of Wayanad.

The meeting was attended by booth presidents from five assembly segments — Salon, Amethi, Gauriganj, Jagdishpur and Tiloi. Gandhi represented the Amethi Lok Sabha seat since 1999 but was defeated by over 55,000 votes by BJP's Smriti Irani in this Lok Sabha poll.