All eyes were on Wing Commander Abhinandan Varthaman as he flew a sortie in MiG-21 fighter aircraft in Pathankot with Indian Air Force (IAF) Air Chief Marshal BS Dhanoa. 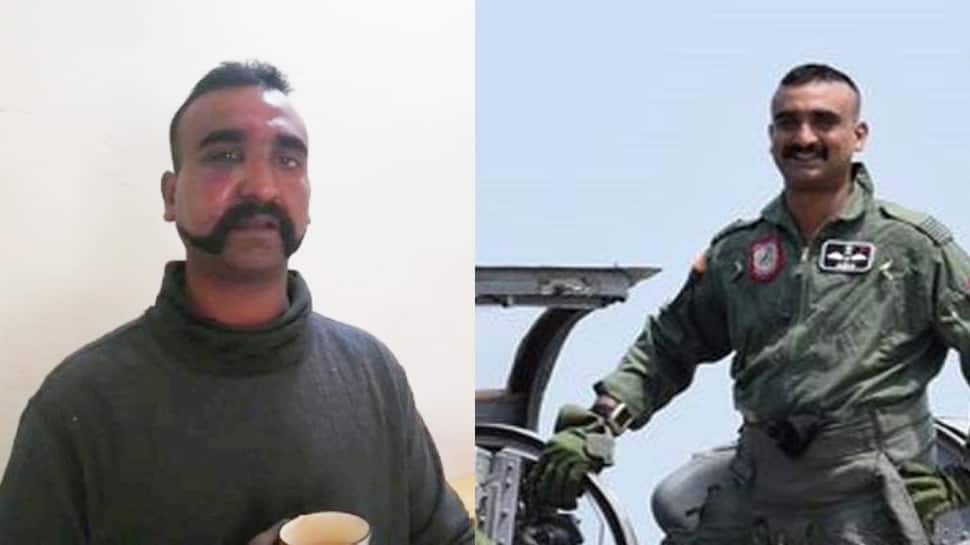 However, what caught everyone's attention more was Abhinandan's new look. The officer got rid of his iconic handlebar moustache and sported the chevron moustache.

The Vir Chakra awardee Abhinandan, received a hero's welcome after he returned from Pakistan. He successfully shot down an F-16 fighter while he was on board his MiG-21 Bison fighter during the Pakistani counter-attack on India on February 27 in response to Balakot airstrikes by the IAF Mirage-2000 jets.

Abhinandan's iconic moustache gave birth to many trends on Twitter. Some of his admirers even insisted on getting a beard like him as they thought imitating his style was the best way to pay tributes to the brave heart.

A hairdresser in Bengaluru gave 650 men the 'Abhinandan look' without charging a single penny.“Considering the popularity of our proud soldier, we decided to give free ‘Abhinandan Cut’ to all for a day at my salon and spa,” the hairdresser had told PTI.

A handlebar moustache is not an unusual sighting in India. They were earlier sported by Bollywood villains, people from the defence but after the brave heart's story came to the fore, it is only being known as 'Abhinandan look.'

Abhinandan Varthaman, who was captured by the Pakistan Army after his MiG-21 was brought down during the February 27 dogfight with Pakistani Air Force F-16s one of which he shot down, was also conferred with Vir Chakra on the 73rd Independence Day.

Ahead of Bihar Assembly elections, JDU's new poster featuring Nitish Kumar has a message for rivals as well as partners