He emerged at 9.10 pm at the Wagah checkpost on the Pakistani side, accompanied by Pakistani rangers, the Indian air attache posted in the High Commission in Islamabad. 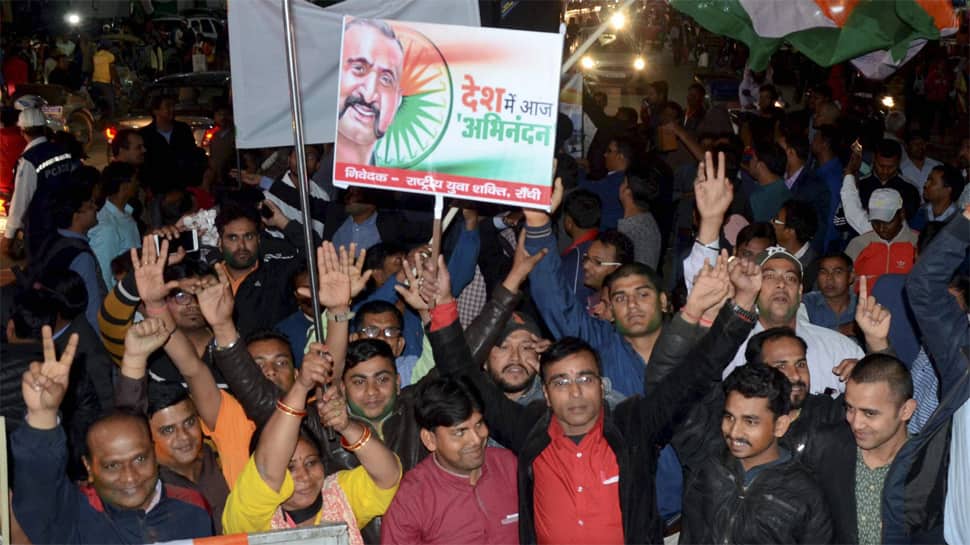 NEW DELHI: After an unending wait, Indian Air Force pilot Wing Commander Abhinandan Varthaman landed in Delhi late on Friday night. Those waiting for him with waited breath gave the air warrier a rousing welcome at the Palam airport. He was reportedly taken to a medical facility for examination thereafter.

He will also undergo a debriefing on Saturday which will include his physiological as well as a physical check-up in the presence of officials from the military and Intelligence agencies.

Wing Commander Abhinandan was handed over to India by Pakistan after being in captivity for nearly 60 hours. After consecutively changing the time for him to be handed over, he was able to cross to the Indian side ofthe border after 9 pm on Friday night. He was taken away from the Attari border by the Indian authortities in a convoy of cars. His car was covered with shields giving no cameras any possibility of getting a picture of the returning warrier.

He emerged at 9.10 pm at the Wagah checkpost on the Pakistani side, accompanied by Pakistani rangers, the Indian air attache posted in the High Commission in Islamabad. He was wearing civilian clothes -- a dark jacket and khakhi trousers, walking proudly toward the gates that separated his captors' country from his homeland.

The Wing Commander was captured on February 27 by Pakistan following a dogfight between the two air forces in which his MIG-21 was shot down. His homecoming after being in captivity for nearly three days is being seen as a major step towards defusing a near-war situation triggered by India's retaliation over Pakistan's continued support for terrorism.

As per a PTI report, Pakistan Prime Minister Imran Khan was present in Lahore to oversee the 'smooth' handing over of the captured Indian Air Force pilot to India. Khan reportedly arrived in Lahore on Friday afternoon, a couple of hours before IAF pilot Wing Commander Abhinandan Varthaman was brought to the Wagah border from Islamabad, amid high security.

"PM Khan's main purpose of being in the town was to oversee the 'smooth' handing over of the captured Indian pilot to the Border Security Force," an official source said.

'Good to be back': Wing Commander Abhinandan's first words after returning to India