Woman thrashes man with rod in road rage incident in Chandigarh, gets arrested

The incident was reported from the Tribune Chowk area of the city. 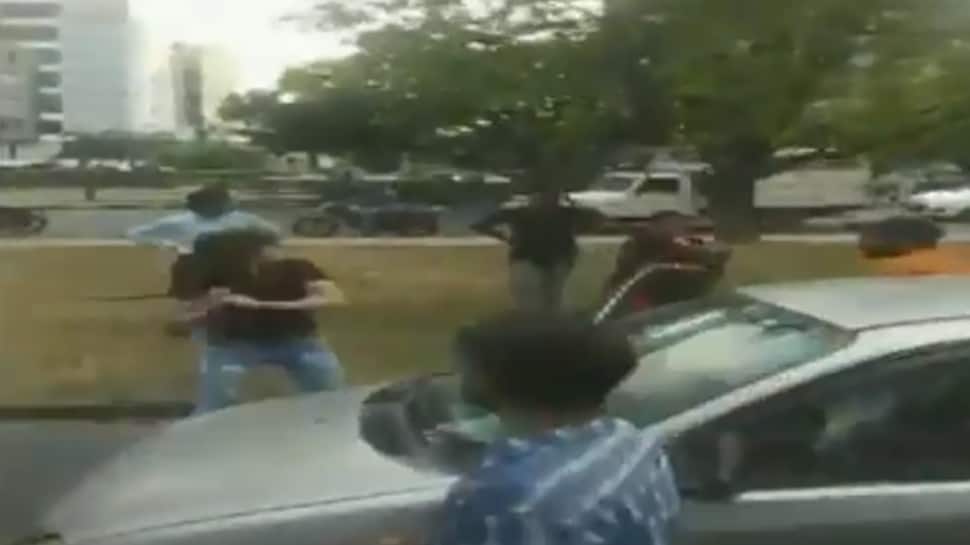 Chandigarh: A 26-year old man was allegedly attacked with an iron rod by a woman when their vehicles rammed into each other on Wednesday. The woman, identified as Sheetal Sharma, was reversing her car recklessly when the victim's car came from the opposite direction and smashed her vehicle. The incident was reported from the Tribune Chowk area of the city.

The victim Nitish, who drove a Maruti Suzuki Santro, has been recognized as a resident of Sector 29 locality. He stated that he drove from a nearby roundabout to the road where the girl was allegedly rash driving. The Police Control Vans reached the crime spot and a case has been registered from the `Industrial Area` police station.

#WATCH Chandigarh: A girl attacks a man with a rod near Tribune Chowk after their cars rammed into each other. She was later arrested & produced before a court after a case was registered against her under multiple sections of the IPC. (Note: Abusive language) (25.06.2019) pic.twitter.com/x0lJBDImf7

The girl was arrested shortly after the incident and will be produced in the court. The victim`s statement was later recorded and the case has been registered under various sections of Indian Penal Code (IPC). These include section 308 (attempting to commit culpable homicide), section 323 (punishment for voluntarily causing hurt), section 341 (punishment for wrongful restraint) and lastly, section 506 (punishment for criminal intimidation).

The threat of road rage has been ever-growing in the country wherein several cases from Gurugram and Uttar Pradesh were reported in May.