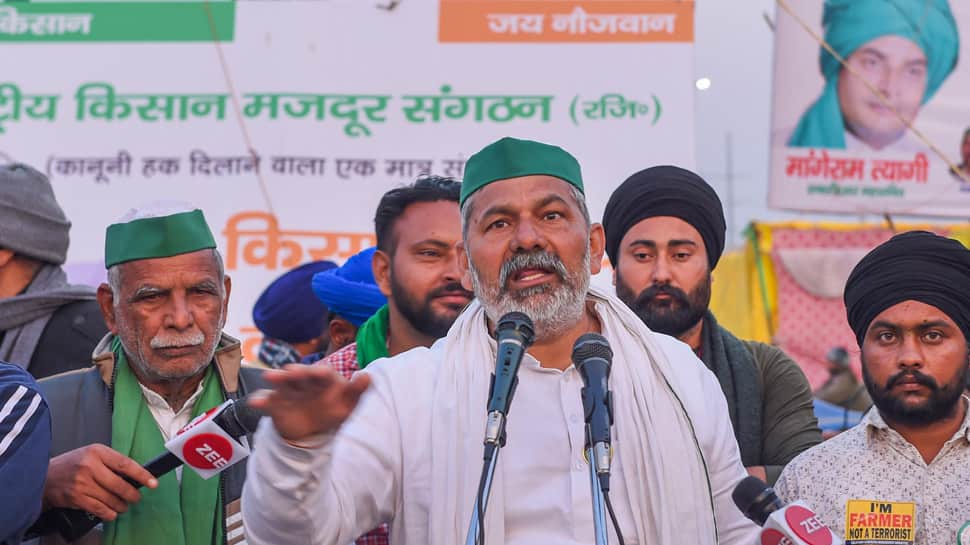 In a major statement, Bharatiya Kisan Union (BKU) leader Rakesh Tikait on Friday announced that the farmers will not back down if the Centre doesn't withdraw the agriculture bills. Speaking at Gajraula in Uttar Pradesh's Amroha district, Tikait also threatened to join the January 26 Republic Day Parade.

Tikait also said that they will take part in the parade with tricolour on their tractor and trolleys. "We will then see who runs the water cannon. You will know who is a patriot and who is a Khalistani. In the past, they have tried to discredit the agitating farmers as Khalistani," he said.

Tikait had reached the toll plaza of Munda Pandey in Moradabad to take stock of the situation of the farmers as three days ago there was a dispute between the farmers and the police, and the farmers were stopped for 8-10 hours.

Even as demonstrations against farm laws continued on the borders of the national capital, Prime Minister Narendra Modi addressed farmers of several states and said that canards are being spread over the agricultural laws.

Speaking about the PM's address, Tikait told news agency IANS, "Of course the Prime Minister and the government of India will have to find a solution to this issue. You can`t expect the opposition or Rahul Gandhi to do it. It has been a month and the farmers won`t return home. First, sit down and resolve the issue by withdrawing farm laws."

"The Prime Minister mentioned farmers in his address. The government must farmers sit down and have discussions with farmers sitting on the borders of Delhi," he added.

In fact, under the PM-Kisan scheme, Prime Minister Modi transferred an amount of Rs 18,000 crore into the accounts of nine crore farmers on the occasion of the birth anniversary of former prime minister Atal Bihari Vajpayee. The PM also attacked the opposition by accusing them of running a political agenda.

Thousands of farmers, mainly from Punjab, Haryana and parts of Uttar Pradesh, are camping on various Delhi borders for almost a month to protest against the three farm laws. At least five rounds of formal talks have failed to break the deadlock with the farmer groups refusing to accept anything less than the complete repeal of the laws.

While the government has projected these laws as major reforms for benefit of farmers, protesting unions have been saying that these legislations would leave them at the mercy of corporates by weakening the MSP and mandi systems. The government has maintained that such apprehensions were unfounded as the MSP and mandi systems are not just continuing but also being expanded and strengthened further.

Reacting to Modi's speech, several protesting union leaders said it appeared aimed at creating a divide among farmers by misleading them and urged for a concrete action plan to provide a legal guarantee on MSP and on other demands.