The outlook for Germany`s export reliant economy was also grim and Chinese industrial output growth cooled to a more than 17-year low, adding to headwinds for US multinationals that rely on global demand. 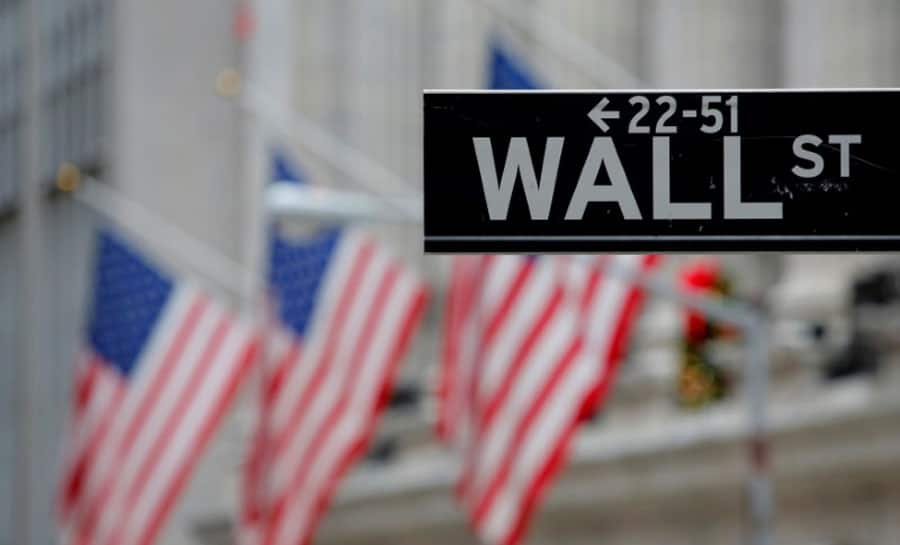 Wall Street was set to open lower on Wednesday, as poor economic data from China and Germany put the focus back on the impact of a bruising Sino-U.S. trade war which is pushing some major economies towards the brink of recession.

The outlook for Germany`s export reliant economy was also grim and Chinese industrial output growth cooled to a more than 17-year low, adding to headwinds for US multinationals that rely on global demand.

The US bond market showed red flags, with two-year Treasury yields rising above those for 10-year paper for the first time since 2007, pointing to the risk of recession.

Wall Street`s main indexes surged more than 1.5% on Tuesday after Washington delayed the introduction of tariffs on some Chinese consumer goods.

Futures pointed to a drop of about 1% at the open on Wednesday.

"It`s almost as if global investors either don`t buy the tariff delay as a sign of real progress in the U.S.-China trade war or have been too consumed by further evidence of global economic weakness to care," BMO Capital Markets strategist Stephen Gallo said.

Interest-rate sensitive lenders were among notable losers before the bell. Bank of America Corp , Citigroup Inc , JPMorgan Chase & Co , Goldman Sachs , Wells Fargo & Co and Morgan Stanley were all down between 1.5% and 2.4%.

Tariff sensitive chipmaker, which staged a comeback a day earlier, were also down. Micron Technology Inc , Broadcom Inc and Nvidia Corp among others slipped more than 1%.