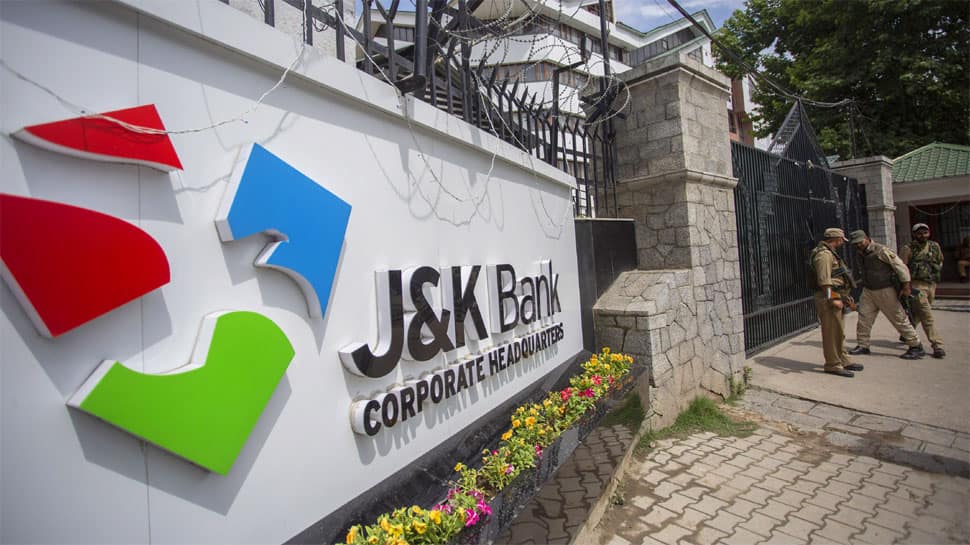 A team of Anti Corruption Bureau along with Jammu and Kashmir police raid the corporate headquarters of J&K Bank in Srinagar. (ANI Photo)
Share:
Written By:

The searches were carried out at his home on Residency road in Srinagar's Lal Chowk and his brother Nawaz Ahmad Nengroo's house near Mughal Darbar Bakery in Srinagar.

The ACB sleuths were accompanied by local police at the time of the raids, said eyewitnesses.

On June 8, Pervez was sacked from his post following allegations of irregularities and misuse of power during his tenure as the J&K Bank`s Chairman.

ACB is investigating the "dubious credentials of Parvez Nengroo, ex-chairman of J&K Bank and his meteoric rise from a CA to Chairman in a short span of 15 years, despite his shady reputation," reported news agency IANS.

The action was taken by the Anti Corruption Bureau (ACB), which was established a few months ago in Jammu and Kashmir, currently under the President’s rule, following persistence of the Ministry of Home Affairs to improve governance, clamp down on terror-funding and money laundering.

The Jammu and Kashmir government holds 59 per cent stake in the J&K Bank.