The recruitment drive for the four districts-Doda, Kishtwar, Ramban and Udhampur-commenced on March 5 and will culminate on March 13."I have attempted it 12 to 13 times so far. 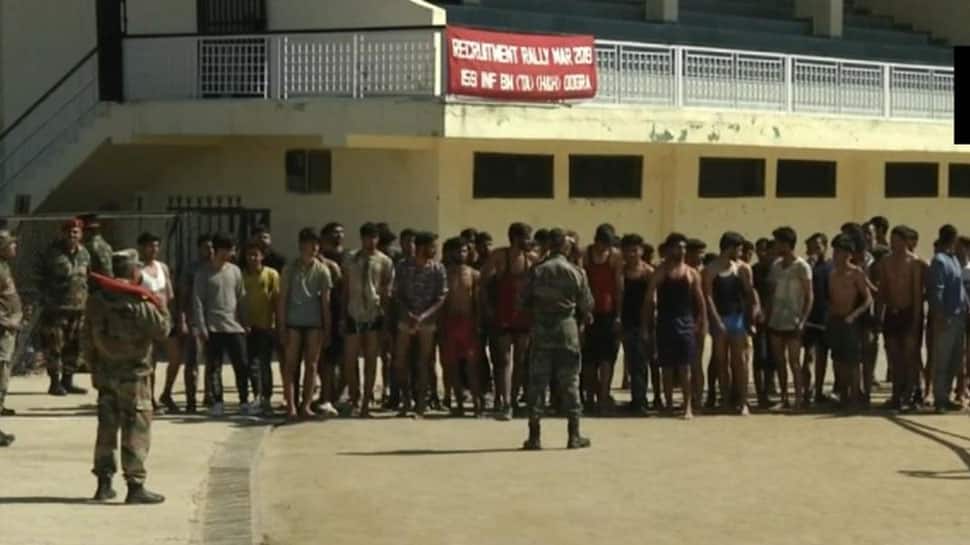 Doda: The local youth of Jammu and Kashmir in huge numbers are taking part in the ongoing recruitment drive by the Territorial Army (TA) being held in Doda district for 57 vacancies.

The recruitment drive for the four districts-Doda, Kishtwar, Ramban and Udhampur-commenced on March 5 and will culminate on March 13."I have attempted it 12 to 13 times so far. I will keep trying till I qualify.

I have been interested in joining Indian Army since my childhood days," said an aspirant Nawaz Ahmad. “I want to serve the nation and also earn a livelihood to survive. I am very poor and live very far from here, the Imam of the mosque in my area gave me Rs 1500 from the Mosque`s fund so that I can reach here.

Indian Army treats everyone very nicely and I want to do the same,” he added. He said that unemployment is the biggest challenge in Jammu and Kashmir. Another youth, Rahul Kumar said: “I want that everyone should go for the Army. Indian army provides the best platform for any youth to grow and fulfil his dream.

Army not only provides us with employment opportunities but also protects our families,” said Rahul. Last month also just a week after Pulwama terror attack, thousands of Kashmiri youth swarmed the army recruitment rally in Baramulla district of Jammu and Kashmir to apply for the 111 posts.

India lost over 40 CRPF personnel when a JeM operative targetted their convoy in Jammu and Kashmir`s Pulwama on February 14. Following which Indian Air Force (IAF) conducted an anti-terror strike on a major JeM camp in Pakistan`s Balakot on February 26.