Abdullah said that the Centre should engage with Hurriyat leaders on Kashmir. 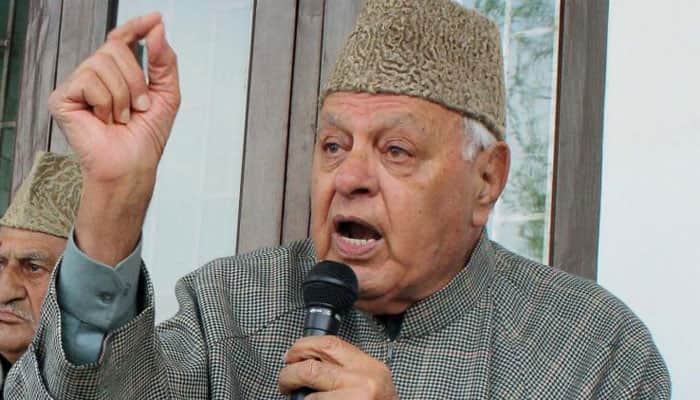 KOLKATA: National Conference president Farooq Abdullah has said that lasting peace can be achieved in Kashmir only through dialogue and the Centre should hold talks with the Hurriyat leaders.

Referring to Army Chief Bipin Rawat's comment a day earlier on engaging with Taliban without any preconditions, the former Jammu and Kashmir chief minister said on Thursday that if the Army could suggest it, then the Centre should also talk with the Hurriyat leaders to solve the Kashmir issue.

Speaking at a discussion on "J&K The Road Ahead", organised by the Centre for Peace and Progress here, Abdullah said the leaders of Hurriyat have Indian passports and in the past, leaders such as former prime minister Atal Bihari Vajpayee have held dialogue with them.

"The Army and use of force can never be a solution to the Kashmir crisis and lasting peace can be achieved only through dialogue," he told the gathering which included retired senior army officers and academicians from the city.

Expressing hope that dialogue on the Kashmir issue could start after the Lok Sabha polls, Abdullah said each election has divided the country instead of uniting it.

"There is mistrust between Delhi and Kashmir and an atmosphere of hate has been created in the country," he said.

Rawat had Wednesday said that at a time when the US and Russia are reaching out to the Taliban in Afghanistan, the terror outfit should be engaged with but talks should be held without any preconditions.

The Army chief's comments at the Raisina Dialogue, on engaging with Taliban, were the first such public remarks by a senior functionary of the government.

Former Army chief Shankar Roy Chowdhury, taking part in the discussion, raised the issue of resignation of Shah Faisal, an IAS officer who topped the civil services examination in 2009.

"We are shocked to hear about his resignation. He should not have resigned," Roy Chowdhury said.

"One positive thing that has surfaced from Kashmir in the past few years is that youths from the region have joined the Army and taken up government jobs in large numbers," he added.